DC Comics has held a panel at New York Comic Con (NYCC) with some of the amazing artists and writers currently working on Superman. This year marks the 75th anniversary since the Man of Steel was first published in comic books. Attending the panel was Writer Scott Snyder, the artist Tony Daniels and Writer Charles Soule, Writer Greg Pak, the artist Aaron Kudor with the Writer Scott Lobdell who is the work on the title Action Comics.

The moderator referred to the panel as being the “challenged panel” because they couldn’t get the slideshow to work for the first 10-15 minutes but they did give the entire audience full sized 75th anniversary Superman capes for our troubles.

They began with Scott Snyder and he discussed how in Superman Unchained, the New 52 universe has changed some of the relationships of the characters and even how the Man of Tomorrow’s demeanor has changed to realizing he can’t save everyone. This Superman is much more grounded in being realistic of how the world works. He also told us that he and Jim Lee didn’t want to take over an established title and start fresh with a new title. Some of the other things that he went over are how the world has prepared in case Superman ever becomes a threat. Was he hinting at some big thing or things to come? I really hope so because these are the two people in comics that could pull it off.

Next, Charles Soule went on to tell us that we shouldn’t expect their new title Superman Wonder Woman to be “make out book” but it will definitely revolve around their relationship. And Diana’s parents, who are titans, turn out to be “dicks”…and yes, thats a direct quote. NYCC is selling an exclusive edition featuring the artwork from the official convention’s poster so this was a title that DC was pushing this weekend. He also mentioned that we should expect Zod to pop in the comics very soon.

The writer for Batman/Superman is Greg Pak and he said that Batman and Superman are learning how to better use their abilities and how much they compliment each other. He also mentioned how much fun it has been to weave a story involving the heroes from the New 52 and Earth 2 into the series. And starting with issue #5, Jae Lee will be taking a break and they will be working with Brett Booth to draw for a few issues.

But the storyline with the most game changing events in the Superman line has to be with the Action Comics’ Krypton Returns story arc. Scott Lobdell told us about Superman, Super-girl, and Super-boy have returned to Krypton to try and stop the planet’s demise. He made not a point to remember that the planet’s red son makes the Super Family lose their powers. But the biggest plot detail is that Super-boy is going to sacrifice himself at the end of issue #25. That would make the Super-boy title focus more on John Kent, the original son of Lois and Clark. Another big move is that Super-girl will be moving to a new corner of the DC universe but he didn’t reveal exactly what would happen.

This was overall a very good panel and the group from DC said that they have the future of their books planned for the next year already and expect big things. So go to your local shop and pick up some of the current and/or back issues or do it electronically to not miss out. 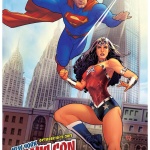 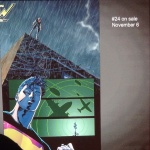 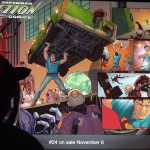 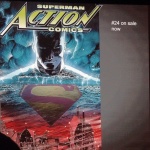 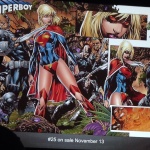 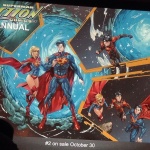 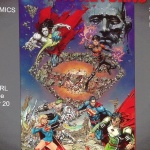 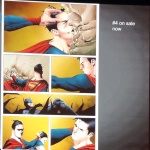 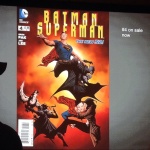 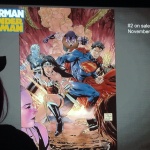 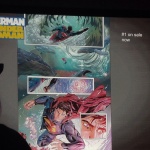 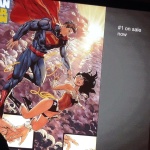 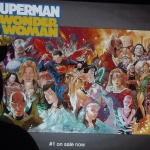 One thought on “The DC Comics Panel at NYCC Discusses Superman!”