In space, no one can hear you scream…

ALIEN, one of the most successful franchises that has retained both its popularity and fan base, celebrates its 35th Anniversary this year. From its relatively small beginnings as a Dan O’Bannon script titled STAR BEAST that was pitched as ‘Jaws in space’, the ALIEN franchise has evolved into an entire universe that spans many platforms including feature films, crossover franchises, books, video games, graphic novels, and every type of merchandise thought of — the ALIEN franchise is still as enjoyable and entertaining as it was 35 years ago.

In celebration of its 35th Anniversary, Titan Books have published what promises to be the ‘Ultimate Guide’ to the Alien franchise. The four main films are covered in detail in a rather heavyweight hardback cover that boasts 320 full-colour pages. The book starts with a forward that includes input from the star of ALIEN, Sigourney Weaver. She recalls her memories of filming the original film and the story behind how she got the role. She goes into some more detail about the film’s sequels and differences between them and the challenges during production, and finishes off with an outlook on future instalments in the franchise.

The book is divided into four main chapters which cover the main Alien Anthology (there are no references to the ALIEN VS. PREDATOR or PROMETHEUS films mentioned anywhere). Each chapter is divided up into sub-categories that look into each film’s production process which includes a full range of pre-production sketches, concept art, on-set photos and publicity shots that compliments the articles nicely. ALIEN contains a superb detailed look at the design and concepts of the Nostromo ship and Derelict and its interiors along with costume design as well as the infamous “Ridleygram’s” storyboard sequences. There isn’t much in terms of early concept design of the Xenomorph (the star of the film), but there are quite a few behind-the-scenes photos of the suit being made and being stored between takes. It also looks at some of the work designed by H.R. Giger (including a small titbit of work that he did on Alejandro Jodorowsky’s DUNE which inspired the look of the Alien).

ALIENS has a more tech-heavy approach and focuses on the armour designed by Syd Mead as well as ships and vehicles (in true James Cameron fashion), but it does have a look at the change in Alien design (shifting from humanoid to insect like) and the impressive Alien queen. There is a brief chapter on the deleted colony sequence and Newt’s introduction as well. This chapter is rounded off with a detailed look at the brilliantly shot finale between the Alien Queen and power loader (a highlight of the ’80s, in my honest opinion). ALIEN3 was an interesting chapter to read, through a majority of it looks at the original concept designs of Vincent Ward’s vision of the film which includes a Death Star style wooden planet that was in fact a floating monastery. Some of the designs included are quite fascinating to see and it would have been amazing to see this concept visualized on screen. The rest of the chapter contains behind-the-scenes photos and sketches with some detail on the Alien design and the differences in body posture and movement. ALIEN RESURRECTION, despite its short comings, was visually superb and this chapter covers quite a lot of ground regarding costume design, concepts for the Auriga and Betty ships and a detailed look at interior designs. The sleeker design of the Alien is also covered here with concepts, test shots and behind-the-scenes stills. It also covers the Ripley clones and questionable ‘Newborn’. The final section looks at the deleted ending of the film which was partially restored for extended edition of the film. The book is rounded off with an afterword that looks at the film’s legacy and impact over the last 35 years. The final page is a tribute to whom this book is dedicated to, H.R. Giger, who sadly passed away this year.

So the question is, is this really the Ultimate Guide to the beloved Alien franchise? Titan Books have gathered some superb information and images to create a book that belongs in any Alien fan’s collection. The layout of topics is consistent throughout and the imagery used really gives a detailed look of the production process of the four films. All of the items discussed, though, can be found on the various ALIEN DVD and Blu-ray releases within the special features section, but it’s nice to have them collected into one book. There is quite a lot more that wasn’t covered that I would have liked to have seen like poster concepts and international poster designs and some more concept designs of the Alien itself, but there are other books out there that focus on these ideas and designs. For ALIEN and movie fans, though, this book comes highly recommended. 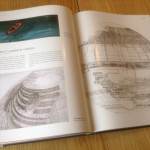 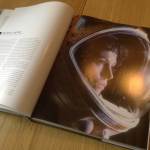 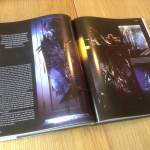 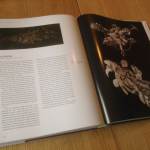 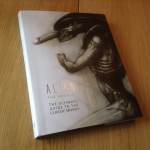 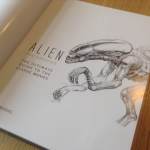 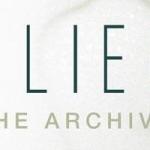 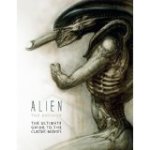 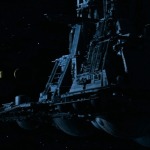