[NYCC 2015] My interview with the Star Ace Toys Limited crew!

At NYCC 2015, I had the chance to sit down with the representatives from Star Ace Limited and, their parent company X-PLUS Limited. The interview mainly focuses on their line from Star Ace including both their “My Favourite Movie” and “My Favourite Legend” series. The “My Favourite Movie” series includes HARRY POTTER, UNDERWORLD, THE HUNGER GAMES, and the upcoming PAN film. The “My Favourite Legend” series includes Marylyn Monroe and Steve McQueen from THE GREAT ESCAPE. Sitting with me was Leo Lee (Vice President/Marketing Director), David Stephan (Consultant), and Gee Okamoto (President). Their rather large booth with figures from both series is beautiful in it’s simplicity. The displays are well thought out in their parings and enticing to the convention attendees. MM: My first question is about the HARRY POTTER Line, with so many figures available and coming soon, are there more figures in the works that are still in the prototype process?

LL: I think we have plenty of time to develop the products. Of course, we are trying a few items and getting the feedback of the people. If they want more, we will do more. The whole range of the line at the moment includes about 15 styles so of course we want to do more and have more coming.

MM: I wanted to compliment that you guys on creating figures for each Dumbledore actor that graced the screen. (Richard Harris was Dumbledore for the first two films and Michael Gambon played the role to finish out the series). You have great attention to detail, is there any talk of doing the entire line of the dragons from HARRY POTTER AND THE GOBLET OF FIRE?

LL: Dragons are larger and we specialize in 1/6 scale figures. We want to try to do them better first, let the people recognize our quality, and also want more products.

MM: So focusing on the characters first then expanding into the lines deeper, right?

LL: We are doing more 1/6 scale figures and expanding into other characters. [When the people] accept our brand and the quality some more; we will do more like the dragons. We are trying some branding and design work for the future. MM: Are you guys strictly 1/6 scale or have you considered going into any other sizes?

LL: We have but our limitations is the size of the design team. We need more people to help us.

GO: We are very focused on the work we have.

LL: We specialize in resins and have explored 1/6, 1/7, and 1/10 scale in animation like the parent company (X-PLUS Limited). We have more sizes and we have tried a few different things.

LL: Yes, the kids with the brooms have more elaborate pieces for flying and posing.

MM: What are the people asking for?

LL: The people like the evil characters and favorites like Bellatrix Lestrange but also the nice characters like Dobby. We try all to make the different ages of the characters and that makes us stand out from some of the other companies. We challenge ourselves to be versatile in development. I hope the people enjoy what we do and how we understand doing the various ages. MM: Do any of these figures have the possibility of swapping clothing?

DS: Yes, you can use clothing other than the clothing it comes with.

MM: Are any of the figures limited edition?

These guys are doing excellent work and are definitely going about these figures in the right way. As I mentioned, their attention to detail in the sculpts, clothing, and accessories is impeccable. I caught some of the upcoming figures that they brought with them but those are under wraps. Maybe I’ll be able to talk about them soon but for now, ogle at the figures that they have revealed and released. 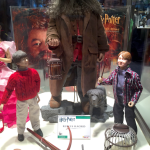 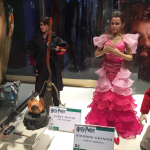 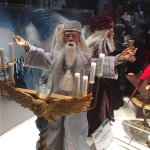 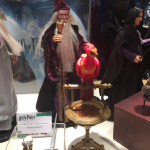 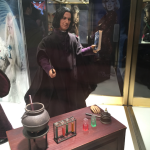 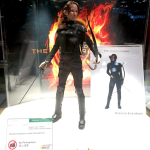 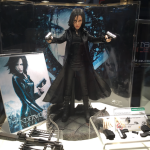