Hi-Def Ninja, along with Synapse Films, have released the Black Label Edition #001 of the TENEBRAE Blu-ray SteelBook. There are three different versions, but they all include the Blu-ray, DVD, and the CD of the soundtrack. I have taken some in-hand photos of the version with the Vincent Aseo artwork on the full slipcover. The slipcover has spot-gloss on both the front and the back that perfectly captures the feel of this gruesome film. 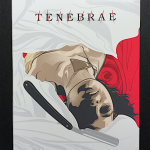 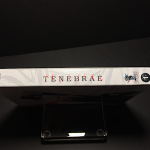 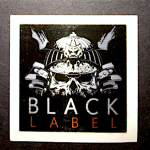 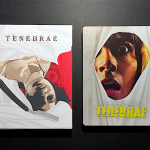 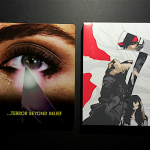 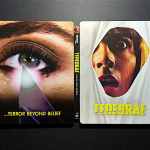 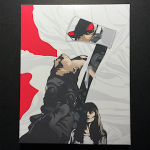 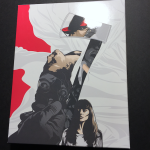 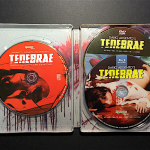 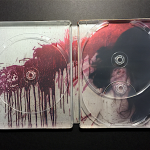 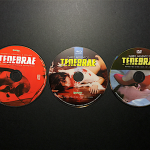 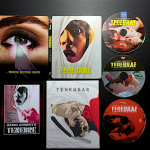 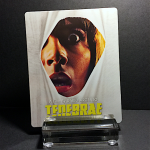 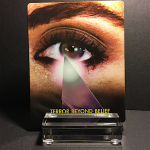 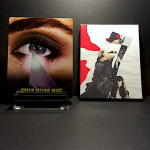 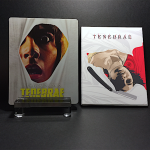 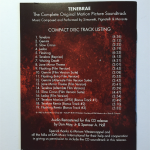 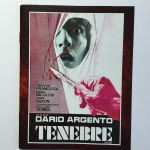 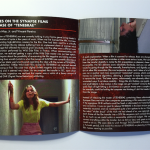