In the jungles of India, there is a tale of a man-cub named Mowgli who has been raised by Raksha the wolf mother, the pack, and a panther named Bagheera.  Mowgli gets along with most of the different groups of animals and has no real enemies.  When the dry season rolls in and the water becomes scarce, the animals gather round the watering hole and call a water truce.

When the scarred tiger named Shere Khan comes to the water, smells Mowgli and wants to kill him.  He has a hatred for man ever since one scarred him so many years ago.  Khan tells the wolves that when the water comes back, so will he and he will kill the boy.  The pack and Bagheera decide that he needs to be returned to the man village for his own safety.  A lot can happen when traveling through the jungle. THE JUNGLE BOOK is directed by Jon Favreau and is based on both the book by Rudyard Kipling as well as the Disney animated feature film.  The story really is as close to the source material as it can get but also adding some well-timed action scenes and jump scares.  All of the actors involved do an incredible job but some of the big standouts are with the singers and especially Bill Murray.  He surprised me last Christmas with his holiday special and showed that he can really sing.  His portrayal of Baloo felt as if the mantle was passed from the late, great Phil Harris.  Murray has that laid back personality that you have to embrace to be the jungle bear.  Neel Sethi embodies Mowgli.  Not only does he look like the boy from the animated film but he has that rambunctious personally of a wild child amongst the animals.  For the kid’s first time out, he has done an amazing job.

With the way that the movie has been filmed, it reminds me a little of Disney’s CG based film DINOSAUR.  Since technology has come forward since then, the filmmakers were pretty much able to do whatever they like.  About 90% of the animals look perfect and the other 10% are pretty close behind. This is a stunning transfer.  Disney has taken both live-action and CG elements to bring the jungle to life.  The way that the locations look completely real with an actor living amongst the animals in the jungle looks excellent.  This film utilized the entire color palette throughout the film but some of the heavier standouts are the greens and reds.  The lush greens of the foliage in the various parts of the jungle and lands in India look spectacular.  The contrasting is spot on with smooth lines separating the various imagery.  The detailing is superb.  Of course, the hairs on the different animals are properly done but some of the best can be seen on King Louie’s skin.  You can clearly make out all of the little wrinkles on his face and his hands.  He is hands-down the best CG rendered character in the film.  The blacks are deep and inky with no crushing or artifacts that I can see. Check out the additional screens added to the review at the bottom.  This just goes to show how incredible movies can look on this format. From the opening with the original JUNGLE BOOK theme, the mix shows you that you are entering this world that Jon Favreau has created.  The jungle is alive with ambient sounds, animals in the distance and the ones in the foreground.  With all of the effects being separated, the score is nicely layered on top of that. It fills the theater with strong moments of the strings section and even the lighter woodwinds.  It is a beautiful score by John Debney does so well to convey whatever is happening on screen with a grandness that a film like this deserves.  The effects and voices are reproduced well.  When the LFEs are brought to use, they are heavy and deep.  They show with the growls of the animals and really pound during the scene with the water buffalo in the ravine.  Not to mention when the mudslide made my house shake from the intense bass.  With the way the sound is moving, the music is rising, and the roaring bass, the parts all create an immersive experience. -The Jungle Book Reimagined: This featurette clocking in at about 33 mins give so much depth and insight to the making of the film.  It describes how they were trying to recreate the closest final product to he original but still making their own story.  This is well worth a watch.

-I Am Mowgli: The featurette shows Neel Sethi’s casting and becoming Mowgli

-King Louie’s Temple: Layer by Layer: This is a short clip showing how the filmmakers created the King Louie scene. I really enjoyed this movie and I thought that I might have a bias due to my love for the original but there isn’t anything to pick apart.  The story is as good as it’s ever been and the small tweaks were with adjusting to keep things fresh for the audience.  As I said, everyone’s performances are spot-on and were chosen well to bring the characters to life.  This doesn’t only cater to the old fans but also the new ones alike.  The visuals are stunning, the sound is immersive and there are loads of content in the extras.  This is a terribly well authored release and it even comes in a beautiful package with a slipcover.  This movie is fun and enjoyable so it’s an easy buy whether you have seen it or not. 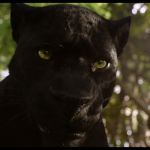 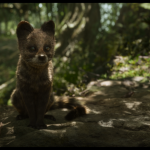 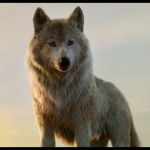 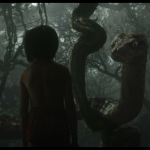 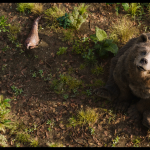 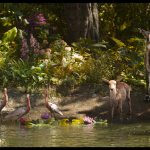