On the seas, a group of pirates happen upon a guy hanging from a rope around his waist on a deserted island.  They take him in and grill him to find out if he or the island they found him on has anything valuable on it.  As they learn that his name is Robins Crusoe, he tries to explain how he ended up on the island.  While he’s doing this, his Macaw named Tuesday begins to tell the audience the real story of how everything happened.

THE WILD LIFE is directed by Vincent Kesteloot and Ben Stassen.  They’ve worked on several different CG animated films in the same style as this one.  The movie is Belgian-French 3D The movie has a 1080p AVC presentation that looks sharp in HD.  Like most CG films, the movie has been taken from a digital source and moved to the Blu-ray.  The coloring is bright and colors, like the reds, standout.  There are some nice details and textures that can be seen in the chameleon’s skin and Tuesday’s feathers. Also, the detailed textures can seen in the rocks and bark of the trees. A 3D version of the movie exists and there are moments where you can tell that they were made for that format.  The objects come towards the camera but they lack any kind of depth.  Unfortunately the same can be said for a lot of the normal images on screen. 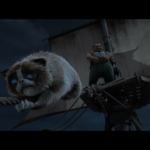 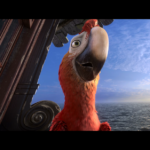 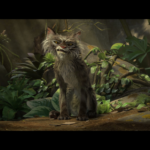 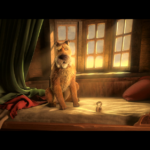 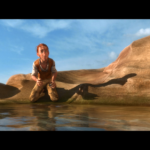 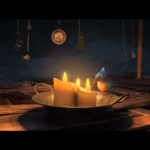 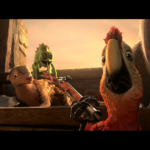 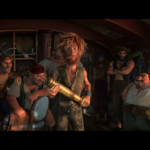 The audio is a DTS-HD Master Audio 5.1 mix.  The voices have been reproduced well and sound very natural.  The ambient sounds are decent but only have a few moments where they utilize all of the speakers.  However, during the storm scene, the audio can be heard in the entire sound field.  The mix is good overall and works for the movie. -A Wild World: Making A Wild Life: This featurette explains some of the parts of making the movie and interviews from the people involved.

-Meet the Characters: This featurette is a mix of interviews and clips from the movie.

-Tips for Your Trip: This has some tips for vacationing.

-The Wild Life Musical Adventure: This is another series of clips for this extra. This movie is exactly what you might expect from the cover and any trailers.  It is definitely directed towards a younger audience and it can be seen in the imagery and heard in the way the voices are portrayed.  The Blu-ray has a good audio mix and video transfer.  The extras can be a little redundant at times but they seem to be focused on a younger audience as well.  If you’re looking to entertain the young ones in the house, check out this movie.