In the 1950’s in Pittsburg, Troy Maxson is a man who does works on the back of a garbage truck with his friend Jim.  Troy provides for his family and loves his wife and partner, Rose.  He tells the same stories that get bigger and bigger every time he tells them and the only person who keeps him grounded is Rose.

Without getting too much further into the details, that’s as far as I’ll go with the plot.  FENCES is directed by Denzel Washington and written by August Wilson.  Wilson won a Pulitzer Prize for the play of the same name but sadly passed away before the story made it to the screen.

One of the first things that I noticed before I researched the film is that it is filmed to look like a play on stage but on a larger scale.  The shots do some close-ups on the actors but they are mostly framed in a way to get 3-4 actors on screen at a time.

When FENCES was on Broadway, the majority of the actors in the film played the same characters on the stage including Denzel Washington, Viola Davis, Stephen Henderson, Russell Hornsby, and Mykelti Williamson.  They have a chemistry that is seldom seen onscreen due to their 13-week engagement on Broadway in 2010 so when it was time to begin filming, they already had that much needed rapport.

All of the actors did an incredible job with their characters but I feel like Denzel Washington and Viola Davis stole the show.  Their acting has so much raw emotion that they bounce off of each other and it’s incredible to see.  Washington has this ability to play a strong male but have this hidden vulnerability that not many people in Hollywood can pull off.  Davis has that same ability and, in some moments, her performance can make the audience feel her emotions. The video is a 1080p AVC transfer that looks incredibly clean.  The skin tones are natural and warm with a slight beige tone to it to show a little age.  However, the greens still come through brightly from the trees on the street and in the backyard.  There is plenty of detailing in the clothing and the close-ups shots of the actors.  On a side note, I know that Denzel is pushing 63 but the makeup to make him look older and the natural lines on his face are strong.  As for the skin tones, they’re natural and perfectly toned to add warmth to the characters.  The black levels are inky and deep and don’t have any crushing issues that I could see. 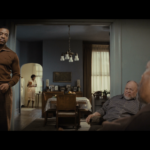 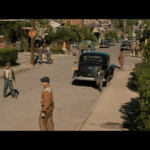 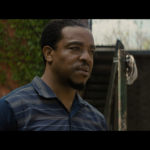 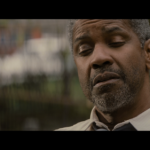 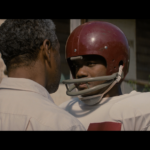 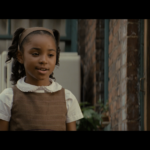 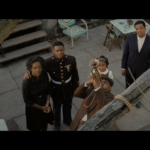 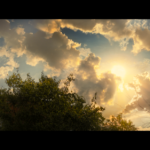 The audio is a lossless DTS-HD MA 7.1 mix seems like a bit much considering the type of film.  For the most part, dialogue is what dominates the film with some music and sound effects sprinkled in.  When talking about the music specifically, it is meant to not overpower the scenes much like you would see in a play.  There is some ambient sound in the outdoor scenes of not only some happenings in the neighborhood but also when the characters are hanging out in the backyard with the wind in the trees.  Overall, this has been mixed well. -Expanding the Audience: From Stage to Screen: This featurette looks at the play but also how it was put to screen and keeping the feel of the stage.

-The Company of Fences: This featurette also looks at the cast as a whole, the characters, and the new additions of Jovan Adepo & Saniyya Sidney.

-Building Fences: Denzel Washington: This looks at Denzel playing Troy but also why he brought the play to the screen.

-Playing the Part: Rose Maxson: This featurette looks at Viola Davis and her portrayal of Rose.

-August Wilson’s Hill District: This featurette looks at shooting in Pittsburg and the house that is practically a character in the story. FENCES is easily one of the best films that I’ve seen this year.  It has superb actors, acting, and the story is beautiful.  As I mentioned, the chemistry between the actors is marvelous and is a rarity to see on screen.  The cinematography has also been perfect to keep the stage feel in the film.  As for the Blu-ray, both the audio and video are solid and the extras explain a lot of the story behind the story.  Without question, I highly recommend picking this one up.

Order your copy of FENCES on Blu-ray from Amazon