When the island goddess Te Fiti has her heart stolen, a magical pounamu stone, by the demigod, Maui, he planned to present it to humanity as a gift. During his escape, he is attacked and looses the stone along with his magical fishhook in the ocean. Many years later on the island of Motunui, a girl named Moana is chosen to receive the stone but her father doesn’t feel that she needs to do this. As she gets older, the food is becoming scarce and Moana wants to try and save her people.

MOANA is directed by Ron Clements & John Musker as well as co-directed by Don Hall & Chris Williams. Collectively, this team has made some of the greatest Disney movies in their animated line-up such as ALADDIN and THE LITTLE MERMAID. It is entertaining and has some of the most beautiful pieces of scenery, given that it’s based on the ocean and on tropical islands. This is one of their films that is more in line with FROZEN rather than ZOOTOPIA with all of the singing and dancing. This is well within Disney’s wheelhouse and shows that they still have this skills. 2D Version:
The video is a 1080p AVC presentation and it looks exquisite. I don’t think there is a color here that doesn’t leap off the screen and that’s in the 2D format, I’ll get to the 3D. The most brilliant color is blue and with a film where the ocean is a main character, it has to looks great. The hues when the water is moving with the sunshine beaming through are life-like and it impresses me. The transfer is a perfect example to show off a screen or TV with a bold color palette. Being that this is an digitally animated film, the details are crisp and the contrasting is spot on.

3D Version:
The 3D presentation is also a success with great depth and really shows that Disney isn’t done with the format. This one ranks up there with the STAR WARS: THE FORCE AWAKENS and DOCTOR STRANGE as far as keeping the depth and character placement look natural. As with a lot of the other films in 3D, the images are a bit darker from both the glasses and that just being the way 3D looks onscreen. Overall, the 3D is well utilized and shows that the format is still alive and well as far as The Mouse is concerned. 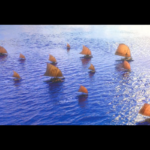 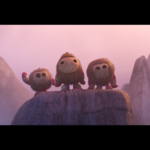 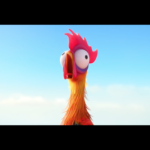 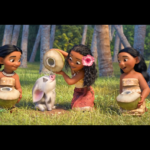 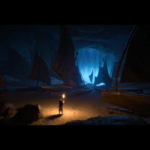 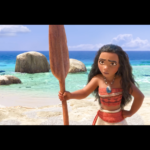 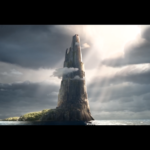 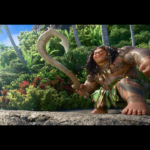 The audio is a lossless DTS-HD MA 7.1 mix that, like the video, pushes the home theater equipment to the limits to bring a pure cinematic experience. There are times where the realism is unmatchable by some of the effects are reproduced well and so are the voices. Also, the effects and music move through the sound field and with the 7.1 mix, it is very smooth. There are moments where the sound sweeps through several speakers in a fluid motion. Disney has done it again. The release comes in several different versions. The amaray versions have different slipcovers depending on it having the 2D or the 3D film. There is also a Best Buy Exclusive Steelbook and a Target Digibook.

-Voice of the Islands: This documentary styled featurette discusses how the Pacific Islands influenced the directors. This is worth checking out for the beautiful footage alone.

-Things You Didn’t Know About… : This has the actors and crew discussing some of the involved people’s favorite things like food and more.

-Island Fashion: Neysa Bové discusses her experience of the wardrobe of the characters.

-The Elements Of…: This featurette discusses some of the smaller parts in the film.

-They Know the Way: Making the Music of Moana: This featurette is about the music in the film.

-Fishing for Easter Eggs: Auli’i Cravalho and Dwayne Johnson discuss some of the hidden “stuff” in the film.

-“How Far I’ll Go” Around the World There aren’t enough good things that I can say about MOANA. It has a great story, comedy for all ages, beautiful imagery, and excellent sound. The release has superb 2D and 3D transfers plus a powerful sound mix. The extras on the disc are really nice as well with a plethora of information about the film, the cast, and crew. Overall, this is a release I can easily recommend to anyone who has even the slightest interest in the film.