Unboxing and Review of DC Legion of Collectors: WONDER WOMAN box from Funko! Unboxing and Review of DC Legion of Collectors: WONDER WOMAN box from Funko!

Funko and The DC Legion of Collectors’ latest subscription box has released and wow, it a great mix!  The theme for May 2017 is WONDER WOMAN and it is based on the upcoming film.  This is a bi-monthly subscription box, which you can pay for per box at $25 USD or you can pay for an annual membership at $150 USD.  Both price points are before the taxes and shipping charges. 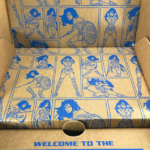 The box has Wonder Woman’s silhouette on the cover and the inside cover has the Gal Gadot incarnation from the unreleased film.  The items like the patch and the pin are in the typical spots in the box. 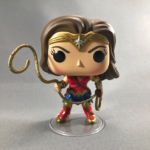 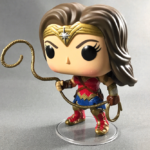 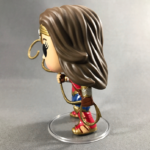 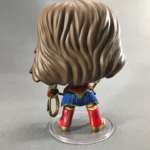 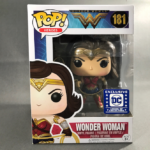 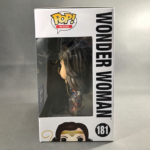 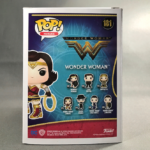 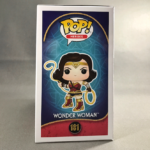 The Wonder Woman figure is different than the typical releases that you may have seen of her because she is in an action pose with her using her lasso of truth.  She is dressed in her typical blue, red and gold with a lot of details all over her.  Also, there are a few different textures and paint types on various parts of the figure. 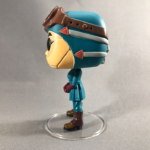 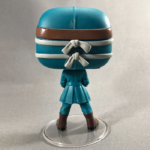 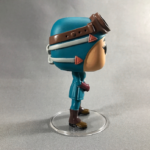 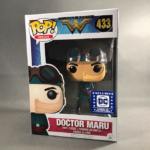 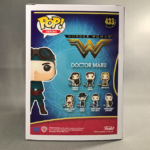 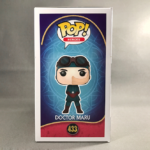 The Dr. Maru figure is standing like an evil doctor would with her hands behind her back and wearing scrubs.  She is a character with a prosthetic type of add on piece on her jawline. Like Wonder Woman, she has a variety of paint and materials to bring her together.

I personally like both of these POP! Figures and I was incredibly surprised that Funko and DC made the decision to have 2 in there to please the masses. 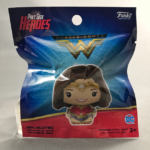 The Pint Sized is Wonder Woman from the film (surprise, surprise) but they added some nice detailing with the vinyl application of the costume and but the real beauty is in the sculpted headband.  It is raised but she is a good-looking figure. 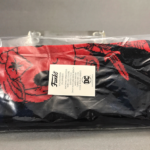 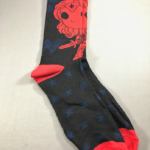 The socks are black with blue stars and a red outline of a POP! Styled Wonder Woman.  They may be unisex but anyone with larger feet wouldn’t be using these comfortably.  This little item is a win in my book. 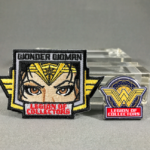 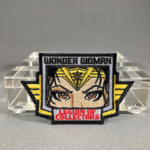 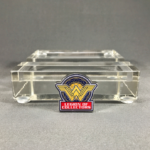 The included patch and pin continue the theme with Diana Prince’s eyes on the patch and the “W” logo against her shield.  They’re both high quality and look excellent.

Overall, I am really happy with this box.  I think I’m impressed with its simplicity and not a lot of fluff inside.  I’m always glad to get more than one POP! figure and that it is one that I may not have purchased on my own is a nice inclusion. I’m by no means mad about it but I am really surprised that they didn’t include a comic book.  I understand for some collectors its one of those things that they just have nothing to do with it but being that this box is very specific to Wonder Woman, I was really expecting to see one.  I am also a I’m a little disappointed about there being no shirt. I’m a t-shirt junkie so I always like getting new ones and it would’ve been my first one with the character as the sole person on it.

Either way, this is a simple box and it will ease the worries with this being one of the earliest boxes to show off Funko’s upcoming changes.  I can easily recommend picking up this box to fans of the service. Do you have any questions or comments? Let us know and we we can chat.

Here is an Unboxing and Review video of the box, enjoy!