Our people from our planet want to land on and inhabit Mars. The idea is to explore, do research, and have a small colony on the planet. Six astronauts have been sent to Mars and after a malfunction while trying to land, the ship is sent way off course from their planned destination. Now, they need to try and complete their mission or the whole idea might not get any traction.

There isn’t too much more I can say without getting specific with plot points and spoilers. MISSION TO MARS is produced by ?Nation Geographic and was aired on their channel in 2016. The series is based on the book by How We’ll Live on Mars by Stephen Petranek and mixes the narratives of current scientists with the cast. The transfer is a 1080p AVC presentation that is strikingly clean. The interviews look, for lack of a better word, sterile but the lines and details are all present. They can easily be seen in practically any shot and even in the lower-lit scenes. Some of the better examples are when the colonists on Mars send video messages home and the only real light it coming from the glow of a monitor. The indoor scenes in the colony have a florescent lighting tone but, again, the details are there. The scenes on the planet’s surface in the arid sand are sharp and the rocks as well as terrain looks very clear. The skin tones are natural and warm. 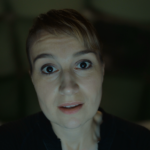 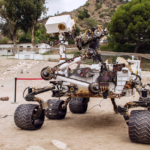 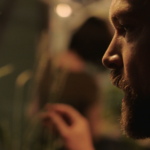 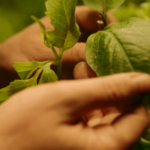 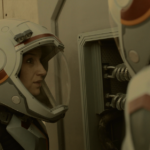 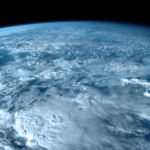 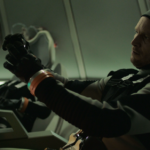 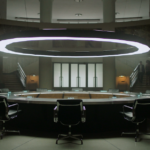 The audio is a DTS-HD Master Audio 5.1 mix that accomplishes exactly what and where it needs to. When rockets and ships are taking off or coming into the atmospheres, the thrusters encapsulate the viewer with the sound field coming to life. The rumbling in the LFEs will make the room shake and simulate the power in the ship’s engines. The dialogue is clear and is natural with even the whispers being easily heard. -Making Mars: This featurette is practically a documentary of making the series.

-Before Mars – A Prequel: This is a backstory episode to fill in some of the gaps of the series.

-Before Mars Behind the Scenes: This is a making of featurette.

-Getting to Mars: This is a nonfictional take on the scientific portion of taking a mission to Mars.

-Living on Mars: This is also the nonfictional take on what we would do on the surface.

-More Mars: This is a collective series on how the planet formed. MARS is an interesting series and a good way to look at what the planet’s exploitation might actually be like. I do appreciate the mixing in of real science and the opinions of some of the top people in their field to add some reality to a fictional series. The Blu-ray is really good with strength in both the audio and video. The extras included are also very good at giving a rounded look at the series. Overall, if science peaks your interest, I would say to pick this one up.