Kenny Wells is a man who followed in his father’s footsteps and works for a prospecting company called Washoe. The company is barely staying afloat and operates out of Kaye’s, who is his girlfriend, bar. She is very understanding and is with him because she believes in him, even when he decides to go to Indonesia to mine gold. He seeks the help of geologist Michael Acosta to find a mine to strike it big and turn his life around.

Stephen Gaghan who is best known for directing films such as SYRIANA and writing films such as TRAFFIC, is at the helm of GOLD. He didn’t write the screenplay for this film; that was the duo of Patrick Massett and John Zinman. The pair has worked together on a lot projects including LARA CROFT: TOMB RAIDER and THE BLACKLIST. You can see Gaghan’s movie-making style in the movie from the similarities in other films.

The cast has been chosen well with Matthew McConaughey as the lead and standout playing Kenny Wells. Being a method actor, he goes deep into this character by thinning out his hair and gaining 45 lbs. to resemble what the filmmakers were looking for. To give a little perspective, he lost 45 lbs. for DALLAS BUYERS CLUB and as you can plainly see, he looks bad in this movie.
Of course, that’s the idea and he jumps in, feet first. The transfer is a 1080p AVC presentation. It has a lot of charm to it with a realistic representation of whatever is on screen from the 80’s style home to the authentic costumes. There is a light grain that helps it look a little aged and settled in the time period. There are a lot of sharp details and textures in the skin and in the grime that is all over the characters when they’re in the jungles of Indonesia. Also, there are a lot of details in the wider shots of the Indonesian landscape in the mining areas and jungle foliage. The coloring of both the greens and blues look outstanding with the random pastels hoping when they’re on screen. The skin tones also have a natural appearance with the coloring being very lifelike. 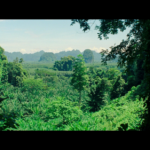 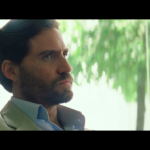 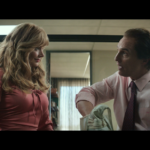 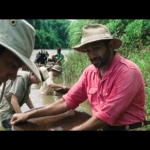 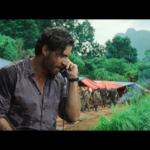 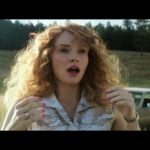 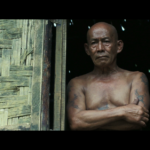 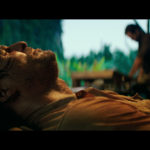 The audio is a lossless DTS-HD Master Audio 5.1 mix. One of the best aspects about the mix is that there is a lot of depth in the effects. The jungles feel endless with the life and movements of the foliage that uses the entire sound field. There is also some excellent surround sound usage in the parties, banquets, bars, and at the stock exchange with plenty of chatter in these settings. Voices are clear and concise with great replication as well as spot on sound effects. -The Origins of GOLD: This featurette looks at getting the film from page to screen.

-The Locations of GOLD: This featurette is about shooting the film in Thailand.

-Matthew McConaughey as Kenny Wells: The featurette looks at McConaughey becoming his character for the film including his physical changes. GOLD is put together in a lot of ways like the film AMERICAN HUSTLE with some the characters being developed in a slightly similar way. That being said, the movie does hold its own by taking the audience through this portion of Kenny Wells’ life and showing that he is a businessman who doesn’t always get involved with the best people. As a whole, I enjoyed the film and found myself paying close attention to what was happening and especially when the plot thickens for the second half. The Blu-ray has been authored in both the audio and video categories. They’re strong and have more charm than some of the stuff that is filmed digitally. The bonus features are good but more on the characters and telling the story would’ve been nice to learn. This is worth checking out for the fans of Gaghan and McConaughey diving into the roles that he plays on screen.