Unboxing and Review of the Smuggler’s Bounty: DROIDS box from Funko! Unboxing and Review of the Smuggler’s Bounty: DROIDS box from Funko!

Funko and Star Wars: Smuggler’s Bounty have dropped their latest subscription box.   The theme for July 2017 is Droids and there are some new figures inside.  This is a bi-monthly subscription box, which you can pay for per box at $25 USD or you can pay for an annual membership at $150 USD.  Both price points are before the taxes and shipping charges. 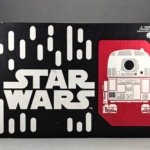 This box only has the astromech on the outside.  The inside is blank inside but ut does have the words “This is your share of the Smuggler’s Bounty!” 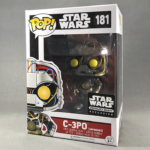 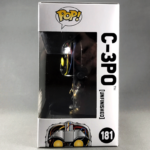 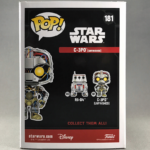 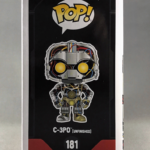 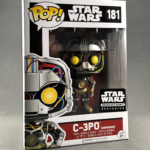 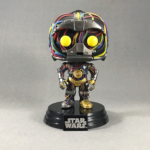 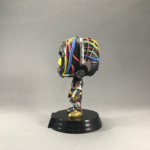 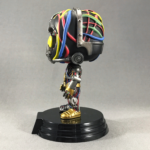 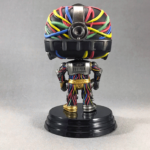 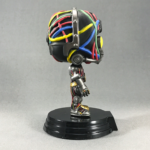 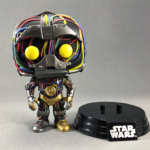 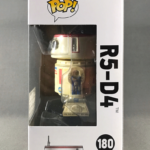 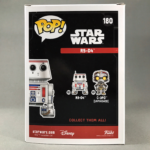 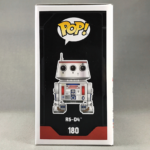 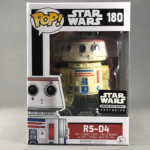 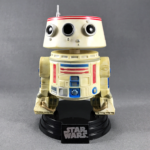 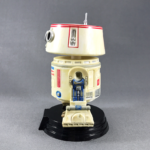 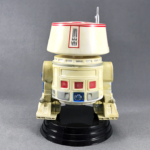 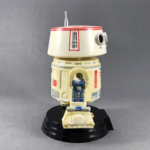 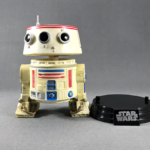 This box includes 2 POP! Figures: C-3P0 unfinished and R5-D4.  The 3P0 figure is from EPISODE I: THE PHANTOM MENACE when Anakin built him for his mother.  I was originally iffy on wanting him, its a whole other story when he arrived.  He is loaded with details from all of the exposed wiring and the random coverings on his appendages.  One of the small details that I noticed are his eyes.  They are separate pieces rather than being sculpted in and this gives them a detached look, making it seem like you can see further in his head.  As for the paint, I don’t see any issues and that is a big deal due to the amount of small lines that need to be carefully painted.  It is a mix of matte, glossy, and metallic paints for the various areas.

The R5-D4 is the astromech droid from EPISODE IV: A NEW HOPE that was sold to the Skywalkers on Tatooine.  He had a bad motivator and was exchanged for R2-D2 instead.  This figure has some weathering to make it look like he has been in a sandy environment for a very long time.  It gives him beige coloring that is consistent with this particular droid in each iteration that he has come in.  The paints and materials are a little off from each other with the bottom looking more yellow than his head.  The red and blue paints on his details aren’t as clean as they could be with the paintbrushes being a little heavy-handed.  Both figures are removable from their black, STAR WARS bases. 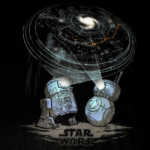 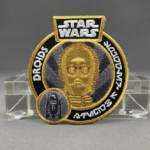 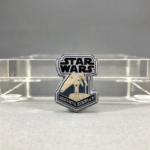 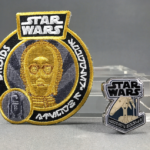 THE T-SHIRT, THE PATCH, AND PIN:

The t-shirt is a very cool design idea and executed well.  The design is the large, holographic map to Luke Skywalker from EPISODE VII: THE FORCE AWAKENS with R2-D2 and BB-8 working together to make the map complete.  The orange and blues in the graphic looks excellent against the back shirt.

The patch is of C-3P0 and I have mixed feelings about this one.  The little droid in the circle on the side is a nice touch but the issue I have is of the C-3P0 design.  The colors and shading that they used for it makes the features of his “face” blend in too much.  You can tell what it is but the patches have been a little more successful.

The pin is of separatist battle droid.  It is a clean design with  excellent quality of the pin being par for what all of the subscription boxes that Funko releases.

As a whole, these last few Smugglers’ Bounty boxes may look light in content but I don’t see it that way.  This is a definite quality over quantity with some very unique POP! figures.  Between the two, there is no contest that the unfinished C-3P0 wins the POP! Competition with this release.  From the sculpt to the paintwork, everything on this figure has been done incredibly well.  I will give some love to the weathering on the R5-D4.  It is the right amount and coloring.  I would’ve liked to have version with a bad motivator so maybe we can see that down the line.  The shirt is cool as well.  I would definitely say that this release has scored so much more in the plus column, making it a decided success.