In the African Pride Lands, there is an animal kingdom where the lions rule. King Mufasa and his queen, Sarabi have a new son named Simba. He is the prince and in-line to be the ruler of “everything the light touches.” With Simba being born, Mufasa’s brother Scar has been passed over to be king and he is going to change that.

THE LION KING is easily one of the best in the Disney Animated Classics collection. Whether you were young when it came out or old enough to take your kids, I feel like it is universally enjoyed. It was theatrically released when Disney animation was at the top of their game with other releases like ALADDIN, BEAUTY AND THE BEAST, and THE LITTLE MERMAID.

The plot is loosely based on Shakespeare’s Hamlet with a lot of similar moments and characters. Of course, this is much more family friendly than Hamlet and Disney made sure to have plenty of memorable characters. One of the other parts of the movie that makes it great is the music. The songs are catchy and the right tone for whatever moment if happening onscreen. There is something so charming about the lost art of hand-dawn animation. I don’t think that this movie would have the same effect if it were completely done in CG. The animators did a lot of observing of real animals for inspiration of their characters. They brought a realism to the movie rather than doing something like Disney’s ROBIN HOOD where the characters moved around in a upright position. The video is a 1080p AVC presentation and it looks awesome. This is one of the early, partially CG animated films that of Disney’s from the early ‘90s. The mix of CG and hand drawn art so you can see little of the difference in the colors. Also, you get the sketch lines from the hand drawn portions of the art that gives animated artwork so much character. Since this was remastered and converted to 3D years ago, the master of the film looks incredible. The African landscapes and colors of the jungle are brilliant. With the images being clear and sharp, this is easily another in the win column for Disney. 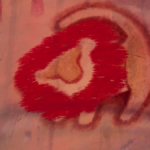 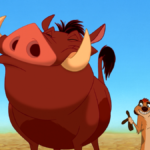 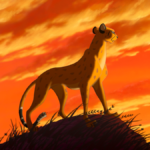 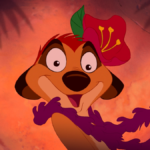 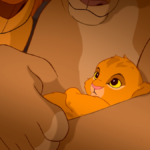 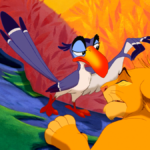 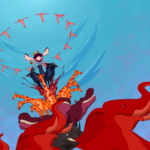 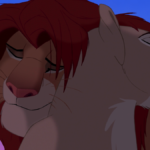 The audio is a DTS-HD Master Audio 7.1 mix. It has strong ambient sounds with the settings being completely full of life. The various animal sound effects are realistic and layered incredible well. Voices are clear and never waver throughout the entire movie. The best part of the mix is hearing these award-winning songs in an HD radio track. The singing over the instrumental tunes is perfectly done. The smooth LFEs hit the subwoofer with the full power of the orchestra. Also, the singing is never overpowered by the music. -Visualizing a Villain: This is with artist David Garibaldi and his influence on the evil images in the movie.

-The Recording Sessions: This is footage of the voice actors in the sound booth with the audio matched to the film.

-Nathan and Matthew: The Extended Lion King Conversation: This is a discussion with Matthew Broderick and Nathan Lane about their experiences making the movie.

-Inside the Story Room: The co-directors Roger Allers and Rob Minkoff take a look at the original soy ideas for the film.

-Circle of Life: The crew shows us the coloring play an important role in the movie.

-Simba & Nala: The creative team shows how the characters made to the screen.

-Simba Takes Nala Out to Play: This is a continuation of the two characters in the film.

-Hakuna Matata: The co-directors show the pitch for the now famous song.

-Rafiki and Reflecting Pool: This is the pitch for the meat of the story to the producer, Dan Hahn. THE LION KING is a truly a classic piece of animated cinema. I don’t know if “timeless” is the right word but I can say that it still holds up after 23 years. The voice acting is well done plus the music ensemble is seldom seen in movie nowadays. The audio and video are practically perfect on this release. Animation does tend to look so clean in HD. It is the same as the other Blu-ray releases before it but there are some new extras included on the disc. If you have the other Blu-ray release, then you pretty much own this release already. If you don’t, I suggest picking this one up.