After Frank and Sarah make it out of the little situation where the CIA was trying to kill them, the two have found things to be a little boring. Marvin being true to form doesn’t think that it’s over and that none of them are safe. As it turns out, he was right again and is killed in a car bombing. After his funeral, a group takes Frank to a safe house where he might be staying for a long time.

RED 2 is directed by Dean Parisot who also directed GALAXY QUEST and FUN WITH DICK AND JANE. This time around, the movie is a little more fun and fantastic when it comes to the situations that the characters find themselves in. If you can believe it, the action is bigger and the locations aren’t just in the US. The established characters slip right back into their roles. 4k UHD
The video is a 2160p HEVC presentation and it has a look that matches the first film. There is a grain that is consistent and gives some of the shots a “film” look. The details are there and they look excellent. With this aged cast, there is not a single line that is hidden from the audience. The coloring also looks fantastic. One of the best examples can be seen where the group is plotting their next move in a grassy field. The greens are lush and brilliant. There are a few other colors that pop like the blues and reds in various places. Aside from Catherine Zeta-Jones, the skin tones are naturally warm in pretty much any lighting. There is an entire section of the movie in the Kremlin where the blacks are deep and really works the HDR.

Blu-ray
The transfer is a 1080p AVC presentation and it also looks great. This is another example of a Blu-ray transfer that was done well when it was released. The colors are bright and realistically done. The detailing makes for crisp images and great contrasting. It shows where the 4k UHD began and surpassed in quality. 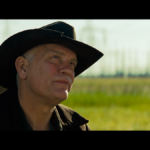 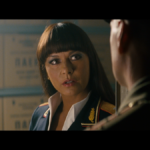 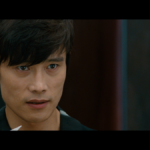 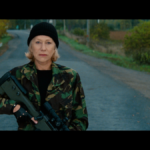 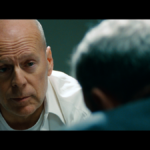 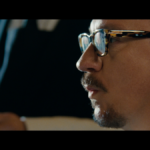 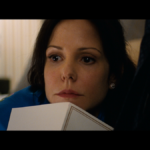 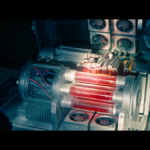 4k UHD
The audio for the 4k UHD is a Dolby Atmos track that defaults to a Dolby TrueHD 7.1 mix.  Like the first movie, the explosions and gunfire sound amazing. The way that bullets move through and overhead brings the action to life. One of the best examples of sound effect placement with gunfire is when Helen Mirren and Byung-hun Lee are in the blue Lotus. The engine is revving while the car is spinning and she is shooting her pistols out of opposite windows. Also, the highs and LFEs are pushed when Lee is shooting the machine gun and destroying the portion of the street that they were on.

Blu-ray
The audio is a lossless DTS-HD Master Audio 7.1 mix that is incredible. The mix has the same strengths that the 4k disc has minus the overhead sound. There are still smooth movements of effects with the added 2 rear channels that work well with the action scenes. The dialogue is natural and mostly comes though clearly. -The Red 2 Experience: This is a lengthy featurette covering most of the cast and crew on the movie. RED 2 is a good follow-up to the first film with everything being a little bigger and faster paced. You know the characters as well as their personalities so minus a few of the new additions, they can skip all of that and get to the meat of the story. This time around feels more like a comic book movie than the first. This is probably due to the scene transitions being drawn and the opening credits being based on the book. The Blu-ray is the exact same disc as the 2013 release. It has a well-done audio and video transfer that suits the movie. The 4k UHD has a superb video transfer but the Atmos mix really rounds off the release. The extras are the same as the original Blu-ray release and they are on the lighter side. I highly recommend picking this up for the audio mix alone and makes a good addition to any 4k collection.