In the Sonaran Desert, a group including a French scientist Claude Lacombe have made an incredible discovery.  They have found Flight 19, a squadron of Grumman TBM Avengers that went missing more than 30 years earlier.  The planes are fully functional and complete, aside from the missing pilots.  They also find a missing cargo ship in the middle of the dessert with no explanation as to how it could even be there.  There are incidences happening all over the world and they are getting stranger and happening more often.

A lineman named Roy Neary is called out to check on a number of outages that are happening all over his areas and while he is sitting in his truck, something odd happens.  A bright light blinds him and his truck seems to lift off of the ground as well as everything that is inside of it.  When he finally gets his wits about him, he sees the light take off and he follows it along with a few police cars.  The lights disappear into the night sky and the power comes back on.  The next day, Ray has skin discoloration like sunburn on his face and arm.  He is also ranting about shapes that he can’t describe but he is compelled to make the shape out of anything he possibly can.

CLOSE ENCOUNTERS OF THE THIRD KIND is written and directed by Steven Spielberg.  It was released theatrically in 1977 and this is the 40th anniversary for the film, hence why the 40th Anniversary release.  Many, including me, feel that this is arguably one of Spielberg’s best films and is currently on the American Film Institute’s Top 100 Greatest Films List.

John Williams composed a beautiful score that not only moves the story but it became a character in the film.  It moves you and makes the tone of the particular scene easy to understand.  Those 5-notes that will be memorable to audiences in many ways like the 2-notes from JAWS or most of the composer’s other scores. When a score can give you “the feels” like this, you know you have something special and I hope that films never lose their way with not doing orchestral scores.

This is one of my favorite films and easily sits in my Top 5 of Spielberg films so when it was announced that Sony Pictures was doing a 4k remaster, it made me happy.  It’s a movie that even after 40 years, the effects, acting, and story still holds up. One of the first things I noticed is that the coloring seems more natural and less “adjusted” or tweaked.  Things are more natural with the details being both subtle and strong.  Facial lines and individual hairs stand out as well as some clothing fabrics.
The blacks are deep and inky with a good portion of the film being at night and of the starry sky. 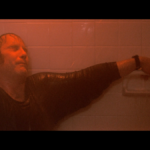 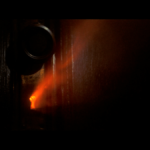 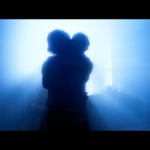 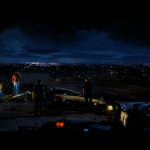 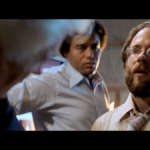 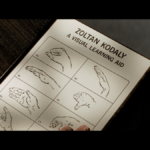 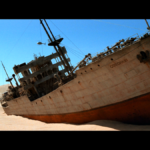 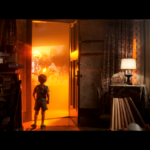 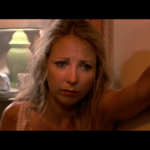 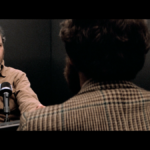 The audio is a DTS-HD Master Audio 5.1 mix that is the same as the 30th anniversary release.  It is strong and brings out John Williams’ beautiful score.  The dialogue and sound effects come through clearly for the most part.  One little issue I found is when the team of scientists find Flight 19 and they are testing the planes, the score overpowers everything on screen.  I know that it is how it was mixed and maybe you’re not supposed to know what the scientists are saying to each other but for the whole 30 seconds (I’m exaggerating), I was distracted.  The LFEs are literally room shaking with the booming ships.  The abduction scene is also loaded with effects and threatening bass.  The horns in the scene on Devil’s Tower are rich and deep from the subwoofers in the theater. -A View from Above: This is an in-movie pop-up feature that explains changes in the three cuts.

-Three kinds of CLOSE ENCOUNTERS: This is a featurette with Spielberg and other filmmakers speaking about how the film impacted their lives and experiences.

-Steven’s home videos and outtakes: This is some footage from behind the scenes of making the movie by the director.

-Steven Spielberg 30 years of CLOSE ENCOUNTERS: This is sitting with the director and discussing making the movie.

-CLOSE ENCOUNTERS OF THE THIRD KIND – Watch The Skies As a whole, I can say that this is a successful release.  It does have a lot of the same features as the 30th anniversary release but the 4k remaster is where this release takes the win.  The video is improved to look more natural and the audio has been excellent since the Blu-ray release 10 years ago.  The ported over extras included on the 1997 release and they added new ones; making this the most comprehensive version of the film to date.  This is an easy recommendation to fans, collectors, and first-time viewers.