The Dark tower holds together the universe and it is in danger of being destroyed.  Walter is the Man in black and he has his people from Mid-world hitting the tower with the energy from kids with the shine to break it down. Jake also has visions of a gunslinger and he doesn’t understand how all of this comes together.

On Keystone Earth (our earth but that’s what they call it), Jake Chambers is a young man who has been having increasingly stronger visions about the Man in Black and the Tower.  Jake’s family, along with his psychiatrist, feel that his visions are a result of his father’s death the previous year and that he needs help to try and resolve these issues.

THE DARK TOWER is based on the book series by Stephen King and is directed by Nikolaj Arcel.  Aside from what you see in the plot synopsis, let me give you a little more about the story that the movie doesn’t really get into.  The Dark Tower is the center of the multiverse from all of King’s novels and other stories.  There are references to SSALEM’S LOT, IT, THE STAND, The Wizard of Oz, The Legend of King Arthur, CUJO, THE SHINING, and more.  There are some visual references but there is no explanation to how big this story is.  From what I understand, there was a longer cut of the movie but the studio cut it down to about a 90-minute runtime.

One of the terms that King uses for people with some psychic abilities is called having the shine like Danny Torrance in THE SHINING and Johnny Smith in THE DEAD ZONE.   Jake has a special type of shine but the movie gets further into that and I don’t want to go too far into plot points.  This is just another way how these worlds are connected. 4k UHD
The transfer of the 4k UHD is a 2160p HEVC presentation that has some strong points.   The darker coloring and the blacks are the biggest positive with the help of HDR.  The drab look of the worlds, aside from Keystone Earth, maintains that worn down, decaying look.  The darks in the wooded area in the forest near the Pennywise Amusement park are inky.  The bursts of red color from the creatures and Roland’s shots at them are very catching.  Walter’s suit is also like a black with no discernible end and that makes him have an unnatural look but in a good way.  Details are also high in many of the facial lines and pieces like Roland’s gun belt.  This transfer shows some of the downfalls of CGI such as the end scene with the glass and thrown objects.  They lack the polish that strong CGI can have.

Blu-ray
The Blu-ray transfer is a 1080p AVC presentation that does have a lot of the sale positives and negatives as the UHD.  One thing that I did notice is when there is a lot of brighter light, the picture seems to lose details.  One of the earliest examples is when Walter is about to kill a man in Mid-world and the close-up of his face gets very grainy.  Otherwise, this is a successful transfer. 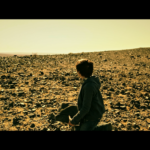 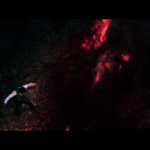 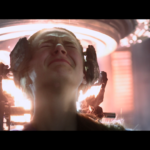 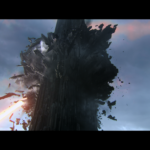 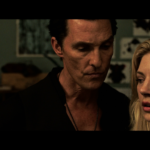 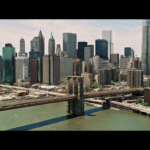 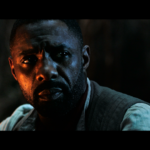 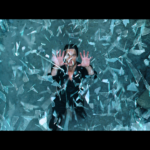 4k UHD
The audio is a Dolby Atmos mix and there is plenty of movement in the sound field.  This can be heard in the overhead speakers during the moments of gunfire.  They whizz by and make a definite sound when hitting their targets.  There is also some strong ambient sound where there are gatherings of people like in the small village and during the action scene in that setting later in the film.  You can hear the commotion and movements of enemies on the ground and overhead.  There are earthquakes that make the room shake with heavy bass and surround use.

Blu-ray
The audio for the Blu-ray is a DTS-HD Master Audio 5.1 mix that has a good amount of power behind it. Like the Atmos track, the earthquakes and tower hits have good subwoofer use. The gunshots also have that punch you would expect. The difference here is that you aren’t getting as smooth of a sound field transition as you do with a 7.1 or Atmos setup. Still, the movements of objects works. The dialogue and other effects do sound excellent. -Last Time Around: This featurette has some interviews with Stephen King, the cast, and the crew on how they perceive his books.  Also, King explains his basis for the points of history.

-Stephen King Inspirations: This has King explaining in more details where the idea for the series came from.

-The Gunslinger in Action: This gets into the stonework from the movie.

-The Man in Black: This featurette has some interviews with the stars and the motivations of the villain.

-The World Has Moved On: This has more interviews about the world that the filmmakers created.

-A Look Through The Keyhole: A few of the actors read segments from the books to images on the screen. THE DARK TOWER is a story that, like all Stephen King stories, has a lot of content to it so a movie with such a short runtime can’t flesh out the story properly.  This is the case here and it’s a shame because its elements are taken from well-known sources.  As for the release itself, the 4k UHD and Blu-ray have excellent transfers as well as strong sound mixes.  The extras are repetitive in a few areas so even though there is a good list of features, the information is lacking.  The movie does come housed in a beautiful Steelbook so that alone has me recommending to pick it up.  As for the movie, I would maybe rent it first.