In the 28th century, there is a space traveling city in deep space named Alpha.  Alpha used to be the International Space Station but due to it reaching critical mass, it had to be moved.  The other thing that makes Alpha special is that there are millions of creatures living there from thousands of planets.  They have all come to exist together in various parts of the station.  The Human federation is who overseas goings on in known space.  Two of the special agents are named Major Valerian and Sergeant Laureline.  They have a special place in each other’s hearts but Valerian wants something more than a partnership and Laureline is resistant.  She knows how he does with women and doesn’t want to be another notch.

While on mission, they are enjoying a beach simulation and Valerian receives a psychic memory from an unknown planet with unknown inhabitants.  In the dream, the species harvests these special pearls that contain a vast amount of energy.  Suddenly, there is large debris and ships falling from the sky to the point that they destroy the planet.  When he wakes up, his ship has just approached their next mission.  It is to acquire a small creature called a Mül Converter.  It can replicate anything that it ingests.  This mission may seem routine but it is about to spark something much bigger than they can imagine.

VALERIAN AND THE CITY OF A THOUSAND PLANETS is written and directed by Luc Besson.  It is based on the French comic book, Valérian and Laureline, written by Pierre Christin and illustrated by Jean-Claude Mézières.  This was the comic that inspired Besson’s other sci-fi film, THE FIFTH ELEMENT.  The visuals and FX work is taken directly from the artist’s designs to make a world that is very alien to the present time.  It captures the basic spirit from the comics with the some of the designs matching the higher expectations from today’s moviegoers.

I enjoyed the movie as it’s a sci-fi movie in the biggest sense.  It covers the genre’s checklist: have aliens, distant planets, inter-dimensional travel, and future tech so there is no element that is left out.  One note I would make is that I would’ve made the movie about 15 minutes longer or have done a little more character development.  You just don’t get that Valerian and Laureline have this established relationship because they dive into this mission rather quickly. 4k UHD
The video of the 4k UHD is a 2160p HEVC presentation that looks incredible for the movie.  It has a wide color palette with the hue ranging in the bright to glowing at times.  The first planet from Valerian’s dream is breathtaking and rich with colors.  The pearl essence of the objects and skin tones look alien with a moving color.  In the control room of Alpha, the monitors are transparent and have different colors to designate sections of the station.  The glowing lights up the crew’s faces so there is no lack of color.  The brightly lit station has a lot of details that are easy to make out.  It also helps that the inky black of space makes for a nice background.  Dolby Vision and HDR help with the contrasting in the darker images.  They keep images separated and make the definition of the dystopian settings have depth. Other gorgeous details in the close up shots allow the fabrics of clothing, the material of armor, and skin textures to really standout.  The human skin tones are warm and natural.

Blu-ray
The video of the Blu-ray is a 1080p AVC that has been authored to the peak of the format.  The brilliance of the colors in the seedy district of Alpha has neons and costumes that may not be as bright as the 4k disc but hold their own for sure.  Other bright colors of the creatures such as the Mül Converter and the underwater jellyfish things are superb.  A lot of the CGI elements aren’t as sharp so they don’t look as artificial.  It makes some things look a bit more practical like those skin textures I mentioned earlier.  They have a less “shiny” or plastic look. 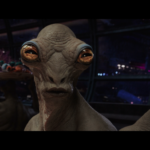 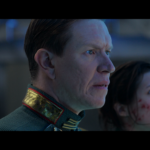 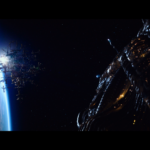 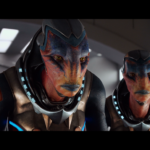 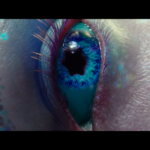 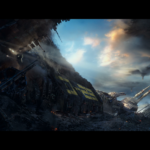 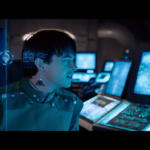 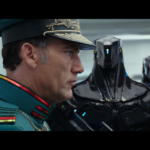 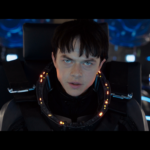 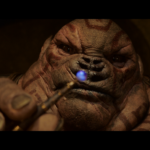 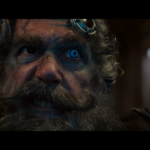 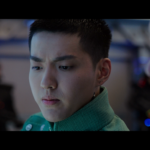 The audio on the 4k UHD and Blu-ray is the same Dolby Atmos mix.  The mix will default to a Dolby TrueHD 7.1 mix if you don’t have the ability to decode the Atmos.  For the most part, the effects can be heard as they should with the overhead and rear speakers.  There is no lack of movement from vehicles and ambient sounds.  Also, the ambient sounds of the busy market, the station, and the control room keeps the movie sounding busy.  LFEs are strong at some points as well to round off the mix well.  Unfortunately, there is  a big issue that I found: all of the gunfire, minus the bit at the very end, is underwhelming.  There just isn’t any power behind the weapons and you lose any sense of urgency for the characters.  The exchange of gunfire takes you out of the movie a little. -Valerian Enhancement Mode: While watching the movie, you can have featurettes integrated while watching certain scenes.

-Citizens of Imagination: Creating the Universe of Valerian: This is a documentary style featurette that runs about an hour long and gives so much insight into the movie.

-The Art of Valerian I feel like I enjoyed the movie; probably more than the majority but I feel like I was very alone back in 1998 for THE FIFTH ELEMENT as well.  It’s a non-stop adventure with a lot of visuals and no real slow points aside from a needed expository scene towards the end.  The video on both the 4k UHD and Blu-ray is excellent. Bright colors and highly detailed so it meets all expectations.  The audio mix feels like its missing something and that’s not what you want in a movie with a lot of effects.  As for the extras, they cover pretty much everything that you can ever want to learn about the film and that’s definitely a good thing.  Overall, if you are a fan of Besson’s work, you’ll be interested in this movie.  Adding this to you’re 4k collection will really look excellent on your setup.