Locked away in her home, tomb raiderand explorer Lara Croft has found a clock that her father hid away years go before he passed.  At the same time in Venice Italy, The Illuminati are searching for this triangle.  The two halves must be combined before the final phase of this solar eclipse.  When Lara consults one of her friends who specializes in clocks about what she has found, he says that he will research it.  Upon closer inspection, Lara finds that the clock has half of the triangle and needs to find out what it is and why is it so important.

LARA CROFT: TOMB RAIDER is directed by Simon West.  He is best known for THE GENERAL’S DAUGHTER and CON AIR.  The characters are based on the video game series of the same name but the games from that time period.  The idea is that this is supposed to be high action, which was the popular thing for 2001 with other movies like THE FAST AND THE FURIOUS being released.
With Angelina Jolie as Lara, they were trying to make her an action star and that carried over into her other films later in her career.  She has a resemblance to the look of the character and Jolie’s popularity was already on the incline. 4k UHD
The video is a 2160p HEVC that has been upscaled from the Blu-ray.  This is the same for the audio but I’ll get to that when we get to the appropriate section.  The video has been recoded from the original MPEG-2 to an MPEG-4 on Blu-ray and HEVC for the UHD.

With this new encode, the picture has been improved with some cleaner lines and the coloring being somewhat brighter.  The contrast has also been improved with the blacks having a more solid appearance.  Without a proper remaster or restoration, you still see some of the specks that were on the original film.

Blu-ray
The disc is a 1080p AVC that has been cleaned up since the 2006 release.  There is still a very strong grain and it appears to be less clumpy then before.  There are a couple of contrasting issues with that same grain with the objects in the foreground and the background. 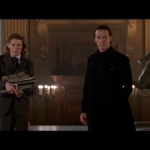 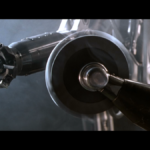 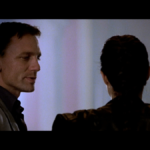 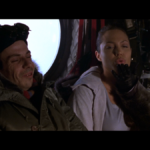 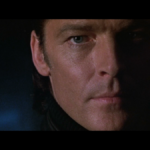 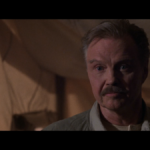 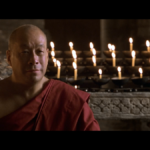 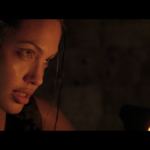 The audio is a DTS-HD Master Audio 5.1 mix that is the same on the Blu-ray as the 4k UHD.  It has been greatly improved from the Dolby Digital 640 kbps and the DTS 1.5 mbps tracks.  It features cleaner sound, stronger LFEs, and just an overall more solid sound.  There is also a more noticeable separation in the effects and the actor’s voices. -Digging into TOMB RAIDER: This featurette is of the production and a behind the scenes look at the movie.

-Crafting Lara Croft: This is about casting and preparing Angelina to be more like the character visually.

-The Visual Effects of TOMB RAIDER: This Is about the effects from the movie.

-TOMB RAIDER Stunts: This is about the stunts from the movie.

-Are You Game?: This featurette goes into the game that sparked the idea for the movie. LARA CROFT: TOMB RAIDER is an enjoyable, popcorn flick and has some decent action.  The acting a little cheesy but with Angelina and an early Daniel Craig, its an easy watch.  The release has been cleaned up on both formats but the 4k could look a little better for the format.  As for the audio, the mix is strong and a much needed improvement from the 2006 release.  I’m surprised that the audio hasn’t been updated to Dolby Atmos or DTS:x, especially with the amount of action in the movie.  The extras are ported over and give some good info on the movie.  Overall, this is a definite upgrade from the other releases so if you’re a fan, I’d pick this one up.