For those who don’t know, I love ATTACK THE BLOCK. Not only is it a ton of fun, but it also features some great first-time performances by some now-famous actors. It was also Composer Steven Price’s first score (and a great one at that). Now, thanks to the wonderful folks at I AM SHARK, that soundtrack is available on vinyl. Not only that, but they’ve also assembled some awesome collectibles including a steel pint/tumbler and multiple pins. See below for full details and stay tuned for an exclusive giveaway coming soon! 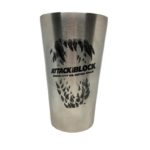 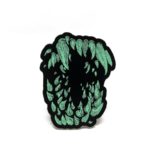 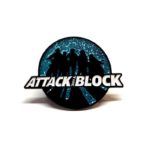 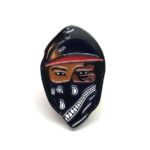 The premiere vinyl release of Attack The Block original motion picture score and soundtrack from Steven Price, Felix Buxton, and Simon Ratcliffe (and a Basement Jaxx track!). This 2011 Sci-Fi film was the breakout performance for actor John Boyega (Star Wars, Detroit, Pacific Rim 2), Jodie Whittaker (Dr. Who), as well as Academy Award winning composer Steven Price (Gravity, Suicide Squad, Fury). The story follows a teenage street gang who have to defend themselves from predatory alien invaders. Pressed on Glow In The Dark vinyl 2xLP and Glow labels to bring the monsters back onto your very own turntable.