JUMANJI: WELCOME TO THE JUNGLE 4k UHD and Blu-ray Review JUMANJI: WELCOME TO THE JUNGLE 4k UHD and Blu-ray Review

In 1996, a kid named Alex Vreeke finds a Jumanji board game while running the beach. He takes it home, only to look it over and puts it away. In the middle of the night, the board game changes into a video game to entice him. After a weird series of lights, something happens to him and he disappears.

In the present, the nerdy Spencer “Spence” and his neighbor “Fridge” get in trouble with school when the school finds out that Spence is doing Fridge’s schoolwork: detention. On the same day, Madison decides that because she is done with her test, she can make a video call in the middle of class: detention. Later that day, another student named Morgan talks back in PE because she has this rebellious side: detention.

While working off their punishment, they find an old gaming system and decide to play it. The game pulls the 4 into it and they have become the characters or avatars that they chose at the start screen. Now, they have to figure out how to beat the game and get home.

JUMANJI: WELCOME TO THE JUNGLE is directed by Jake Kasdan. He has done other comedies such as BAD TEACHER and SEX TAPE. They may not have done so well critically but with this group, there’s bound to be a little something for everyone. Johnson and Hart have shown that they can do great together after CENTRAL INTELLIGENCE and you have crazy Karen Gillan as well as Jack Black in the mix for laughs. I know that comedies are subjective but this kept me laughing from the start. Jack Black as a teenage girl is spot-on. I also appreciate the little nod to Robin Williams’ character from the first movie. It can’t be missed and is just a nice reminder that this respects the previous movie. 4k UHD
The video is a 2160p HEVC presentation that has all of what you want from the format. The colors are bold, brilliant, and from a digital source. The greens are lush and vibrant with the skin tones. The look incredibly natural. The images are sharp with the a lot details on all accounts. Facial lines go from young and relaxed in the real world to weathered in the game. Clothing is tattered on various characters and also shows some weathering from working in the jungle. The HDR adds the deeper blacks and brighter colors. With it, you can see a substantial difference between it and the standard Blu-ray.

Blu-ray
The video is a 1080p AVC presentation that looks great on Blu-ray. The contrasting of the colors against the blacks look really nice in the varying light. The colors are also well toned with the opening “real world” scenes having a cooler tone and a warmer look in the game. There are plenty of details in the same places as the 4k but just slightly less sharp. I saw some pixelation in the darker areas toward the end with the smoke and murk but very, very minor. 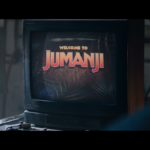 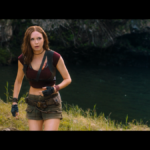 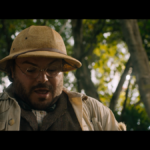 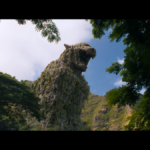 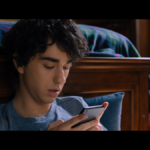 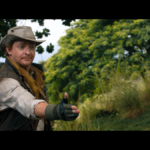 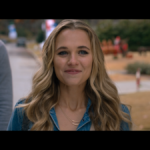 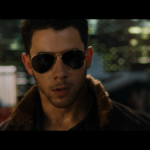 4k UHD
The audio is a Dolby Atmos mix that is highly immersive. The overhead speakers make the sounds of the jungle feel so lively and massive. The movements within the sound field are larger and very smooth. The action scenes prioritize the effects, the voices, and music well. Also, the LFEs have a deep tone and give the movie the action feel that it is going for such as explosions, engines, and the sporadic stampeding rhino. One other noticeable difference is in the “danger drums” when trouble is coming for the group. They’re layered over everything else in the track and, again, prioritized very well.

Blu-ray
The audio is a DTS-HD Master Audio 5.1 mix that is rather good. They didn’t do the same audio as the 4k but the surround sound use is exceptional. There is a lot of deep bass when it is needed and has sweeping effects around the sound field. The sound effects are layered nicely no matter how busy a scene can get. Audio wise, the canyon scene is the best to show off what the mix has to offer. -Journey Through The Jungle: The Making of JUMANJI: Nigel Billingsley takes you on a journey of the movie and as it relates to the original.

-Meet the Players: A Heroic Cast: This gives an overview of the characters in the movie.

-Attack of the Rhinos!: This breaks down how the scene in the canyon was put together.

-Surviving the Jungle: Spectacular Stunts!: This featurette is discusses the stunts from the movies.

-Book to Board Game to Big Screen & Beyond! Celebrating The Legacy of JUMANJI: The filmmakers explain making their own movie and not forgetting the original. I found JUMANJI: WELCOME TO THE JUNGLE highly entertaining because I’m a fan of the entire cast. Like I said, Hart and Johnson together for comedy as well as the action is balanced well, making it fun to watch. The video transfer on the Blu-ray is excellent but the UHD is phenomenal. The same goes for the audio. The Blu-ray has a really great mix but the overhead audio works the home theater. There are quite a few extras on here but everything feels sort of glossed over and could have done with a little more info. If you can, go for the 4k UHD. I can easily recommend picking it up.