On August 21st, 2015, Ayoub El Khazzani boarded the 15:17 to Paris train with a backpack and an AK-47. Three Americans and one British man stopped the terrorist’s attack with 554 passengers onboard. This is the story of Spencer Stone, Anthony Sadler, and Alek Skarlatos and how their friendship got them to this point.

THE 15:17 TO PARIS is directed by Clint Eastwood. This isn’t the first time that he has taken the stories of real-life heroes to make a film. The one big glaring difference is that the incident is about 6 times shorter than the movie. Take AMERICAN SNIPER for example; he was able to make a movie with a lot of depth because it was telling the story of the man’s life. He didn’t have to begin when Chris Kyle was a child but rather when he was 24-25 years old and everything being told is relevant. Here, some trimming of the film would make the pacing a bit better.

Eastwood cast the real people to play themselves in the film and it has received some mixed reviews with their lack of acting skills. To be honest, their performances aren’t Oscar worthy but they’ve done a better job than any other average person with no acting background. The video is a 1080p AVC presentation that has that Eastwood-made movie look. The transfer is clean with some really nice details. You can see them in the close up shots and the in the clothing. Some of the vacation scenes are on the softer side. They may have been filmed differently than the rest of the movie but I figure it’s worth mentioning. The coloring pops, especially when the three are in Europe. The reds and the colors of the city are brilliant. The blacks are deep and inky with no really issues that I could see. 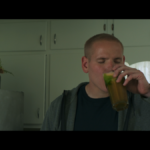 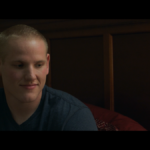 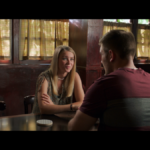 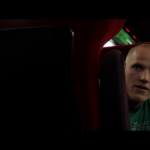 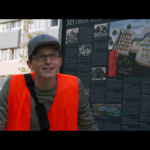 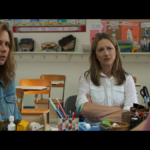 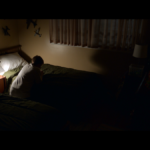 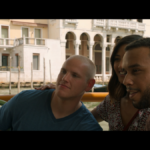 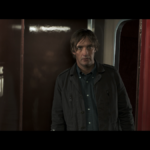 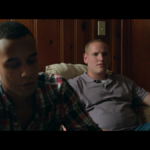 The audio is a Dolby Atmos mix that defaults to a Dolby TrueHD 7.1 mix depending on your equipment. The overhead speakers don’t get used like an action movie but creates a believable atmosphere on the train. They also get some good use during the shooter alarm at the air force base. The score has a nice sound and sets the tone for the scene on screen. The dialogue is prioritized well with the effects in the forefront as well as the ambient. -THE 15:17 TO PARIS: Making Every Second Count: This extra looks at the casting and bringing this story to the screen.

-THE 15:17 TO PARIS: Portrait of Courage: This extra focuses on the three and their experience on the train.

As I mentioned earlier, Clint’s idea of shedding some light on this insane situation makes for a good movie. Even the backstory of the characters helps to understand why they sprung into action. There is just to a little too much padding in some sections. The video has been authored nicely and the audio as well. The info in the extras is good but I wish there was some more about the movie in general. I recommend at least renting it and decide for yourself.