Ruby, Weiss, Blake, and Yang are back and they are all questing their way to Haven Academy. What drives each of them may be different but they all have one thing in common: nothing is going to get in their way.

RWBY is an anime-inspired web series by the highly entertaining crew over at Rooster Teeth. The look is a cell-shaded style that makes it easy for the viewers to be drawn in (see what I did there). One of the things that keeps this series unique is the mixing of conventional edged weapons with projectile weapons. Take Weiss Schnee’s Myrtenaster: it is a rapier that opens into a revolver. Also, Blake Belladonna’s Gambol Shroud can change from the shrouded position into a katana or even 2 guns. There’s plenty of appeal to this very fun series. The video is a 1080p AVC presentation that has the bright colors that the series is known to have. I reviewed the previous volume and the coloring is as impressive then as it is now. It is bold and brilliant to go along with the animation. The objects have been rendered in a way that has hard contrast lines. On the other hand, the animation style makes it so that the backgrounds have a “painted” look. Details are sharp and clear. There are a few spots where you’ll catch a pixel or two but its never too distracting or unwatchable. 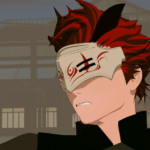 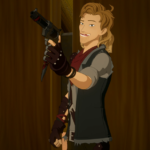 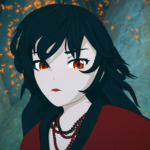 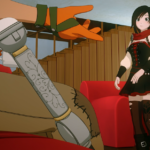 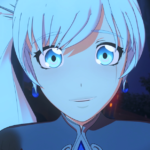 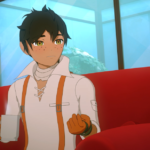 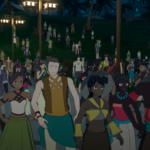 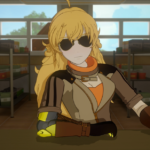 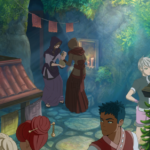 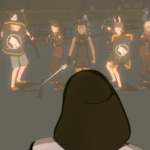 The audio is a DTS-HD Master Audio 5.1 mix and man, am I happy. This is the first time that the series has used an HD mix and it does well. The action is lively with plenty happening on the screen. The effects and music fill the home theater and there is plenty of sound movement. That is something that the talented creators have always been good at sound placement. There are some stronger LFEs with the DTS mix. It gives the action some power. The dialogue has been prioritized well with the effects and music. Disc One
-Audio Commentary: with the Writer/Director Commentary

-Audio Commentary: with the Crew.

-CRWBY: This is a hefty collection of extras with a variety of clips.

-Manga Booklet: This is a manga comic of the characters in the show. RWBY remains to be one of the most entertaining animated series on the Internet. The animation style and story is exactly what keeps this interesting and still going strong. The video is on par with the other releases in HD and now Rooster Teeth has stepped up their game the new HD audio. As for the extras, there are some gems in here depending on what you are interested in. Either way, I highly recommend picking this one up and watch this volume in the best way that is available.