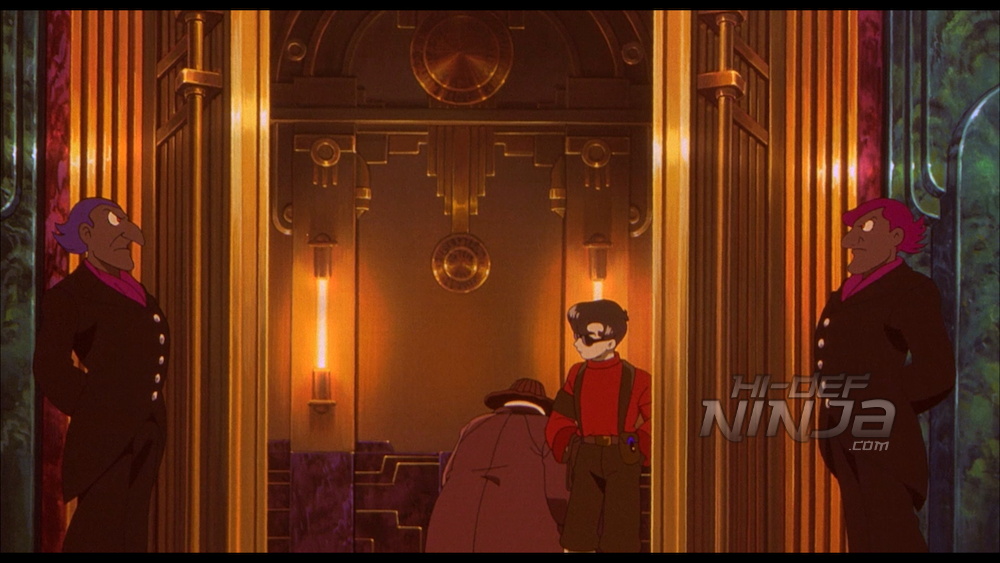 In the future in a city called Metropolis, there are a lot of people who are unemployed and blame the machines for stealing their jobs. The overseer of the City is named Duke Red and he is working on building a huge skyscraper that he calls The Ziggurat. This is to make mankind’s have superiority over robots. At the opening ceremony for the building, a robot is stopped from overly disrupting it by Rock, Duke Red’s adopted son. Whoever’s ultimately trying to stop this goes a lot deeper than anyone can figure.

METROPOLIS is an anime based on a manga from 1949 that is based on the 1927 science fiction film of the same name. The tone is noir along with the dystopian feel but the characters have that “old time” animated look. The backgrounds have a lot detailing that makes everything look overly urban. Actually, to makes me wonder if the manga is where a lot of THE MATRIX came from and especially the ANIMATRIX. 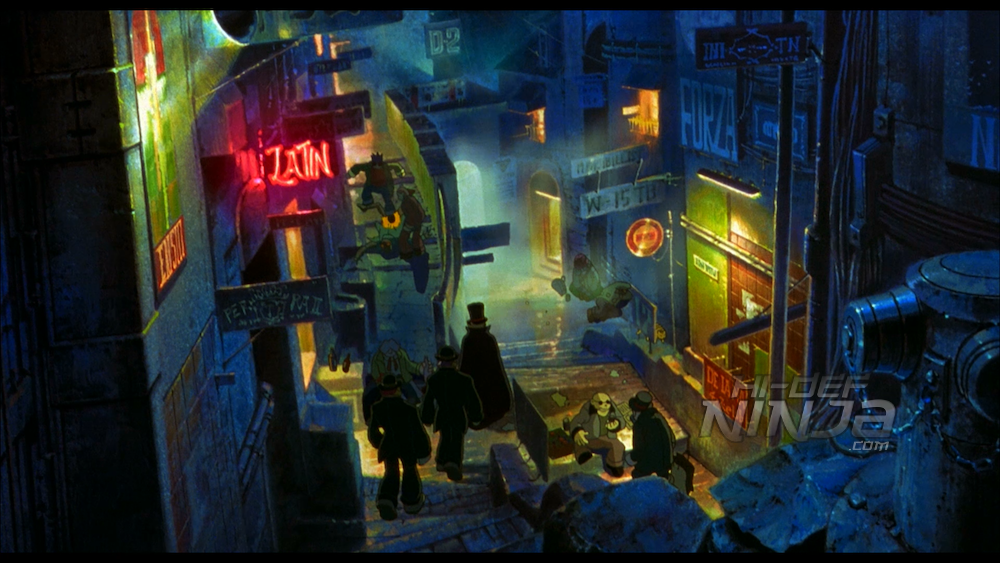 The video is a 1080p AVC presentation that looks beautiful. The video has clearly been cleaned up for Blu-ray whether it was for this release or a previous one. There is very little in this world that is shiny and what is, looks superb. There are a few moments of CG animation that is cleaner that the other animation and those are mostly made of metal. Reds and greens are particularly bold in both lager spots in clothing or mixed in a background. 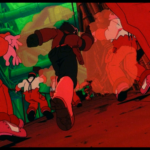 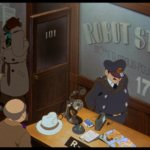 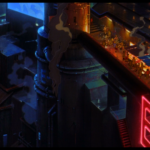 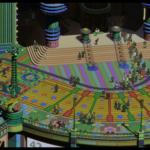 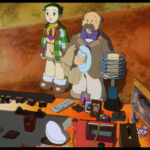 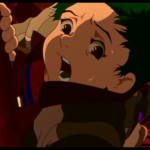 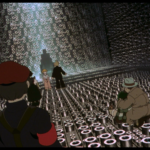 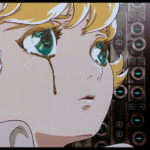 The audio is a DTS-HD Master Audio 5.1 mix. It is lively with characters in the foreground and background of some of the large crowd scenes. There are also a lot of sweeping effects with the elevated public transportation with objects moving in any direction. The effects are clear with ambient sound and action alike. The highs are nice and the LFEs are strong. It hits cleanly and with plenty of force. The music is excellent with a big band score and jazz. 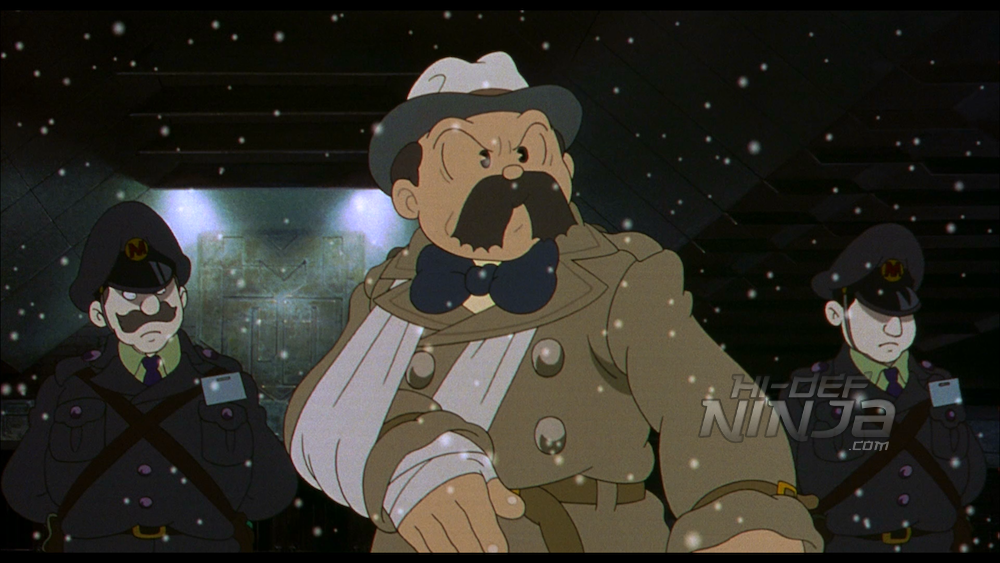 -Interviews with the film’s creators

This is in a really beautiful Steelbook case with a slick looking MATTE or GLOSSY finish. There is some nice embossing of the title on the cover. There is a clear, plastic slipcover with the release information much like a J-card would on other releases. The front of the slipcover also has the title and a few effects for the front image. The back has an image of Rock on the back in an action pose. There are opposing portraits on the inside as well. 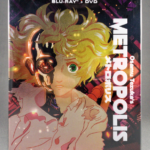 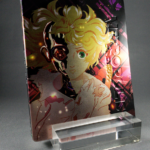 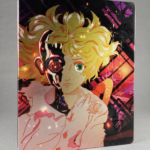 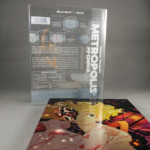 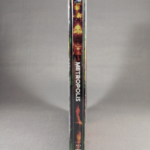 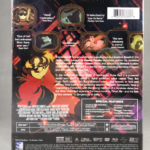 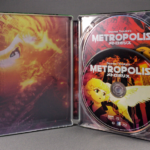 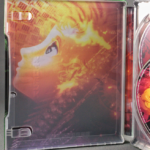 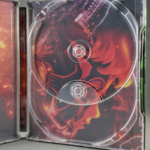 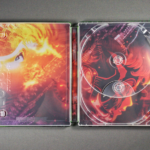 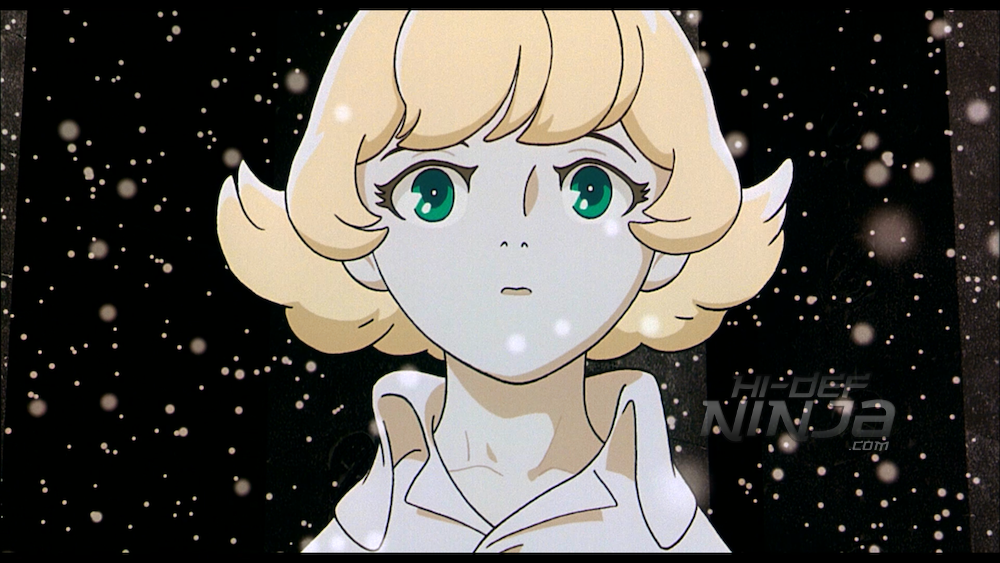 METROPOLIS is a wonderful film that shows-off some stellar hand-drawn animation. The story is easy to get lost into and the animation definitely helps with that. The Blu-ray has a superb transfer and an amazing sound mix. The extras are pretty good and a striking Steelbook to round off this solid release. This is a release that I highly recommend to pick up.