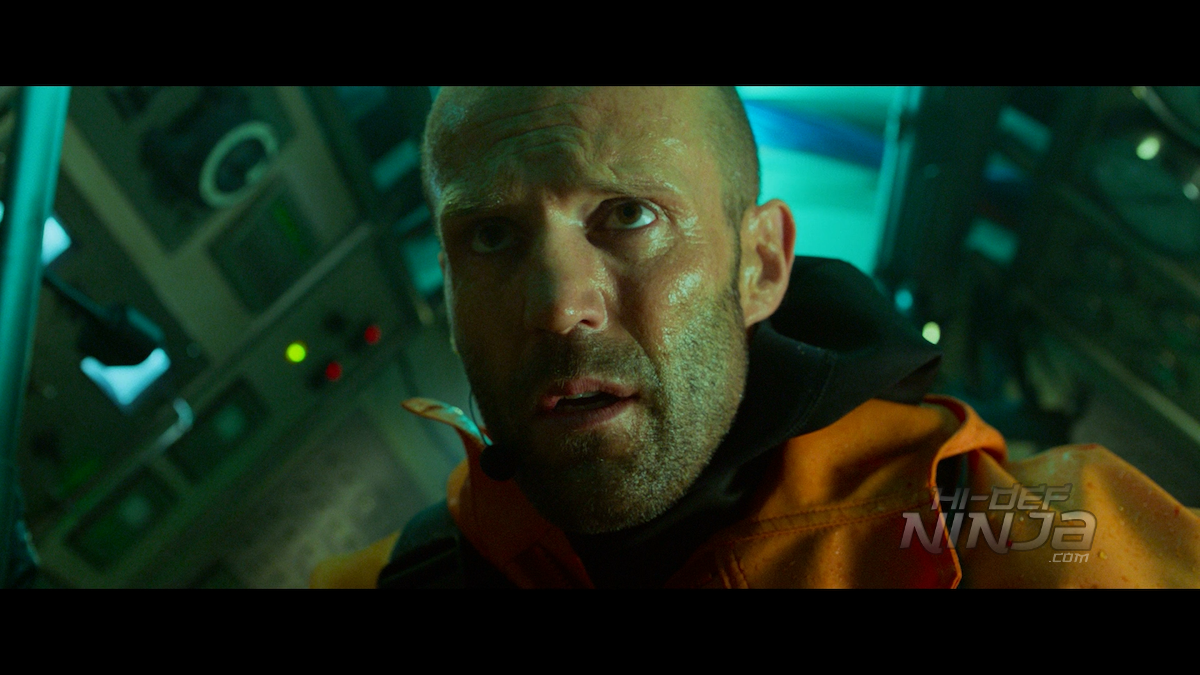 Jonas Taylor is a deep rescue diver and on one mission, he had to make a hard choice to save a sub full of people or let two of his colleagues die. A creature that was large enough to cause the broken sub to explode had attacked the sub. He tells people what he saw and they write it off that he was someone with pressure-induced psychosis.

Five years later, there is a top o the line research facility in the Pacific Ocean named Mana One. Dr. Minway Zhang runs the facility with the funding coming from billionaire Jack Morris. Zhang’s daughter, Suyin, is an oceanographer and a part of a project to send two vehicles to explore the bottom of the Marianas Trench. They think that the bottom is actually past a thermocline cloud and they don’t know what they’ll discover. When they breach the layer, the two vehicles are disabled by a huge sea creature and they need someone to get them out.

THE MEG is directed by Jon Turteltaub and he previously directed the two NATIONAL TREASURE movies. In this, there is a lot of build up before you see the colossal shark. I don’t mean in the same way that JAWS does it during the third act but you really get to see this beast within the first act. There is also some combination of tank work, CGI, and the open sea. Of course, you can accomplish so much with CGI these days but I’m a big believer in using practical effects whenever feasible. I know you’re not going to build a shark that was estimated to be 18 meters long but filming in nature and trying to make everything seamless is the way to go.

Honestly for me, the draw is the sharks. I love them and I have an obsession with the idea of diving with Great White in South Africa or Mexico. So, of course, when I heard a new shark movie was coming out, I was going to see this. There is also the better production quality than what you might catch on TV and the acting is pretty good. 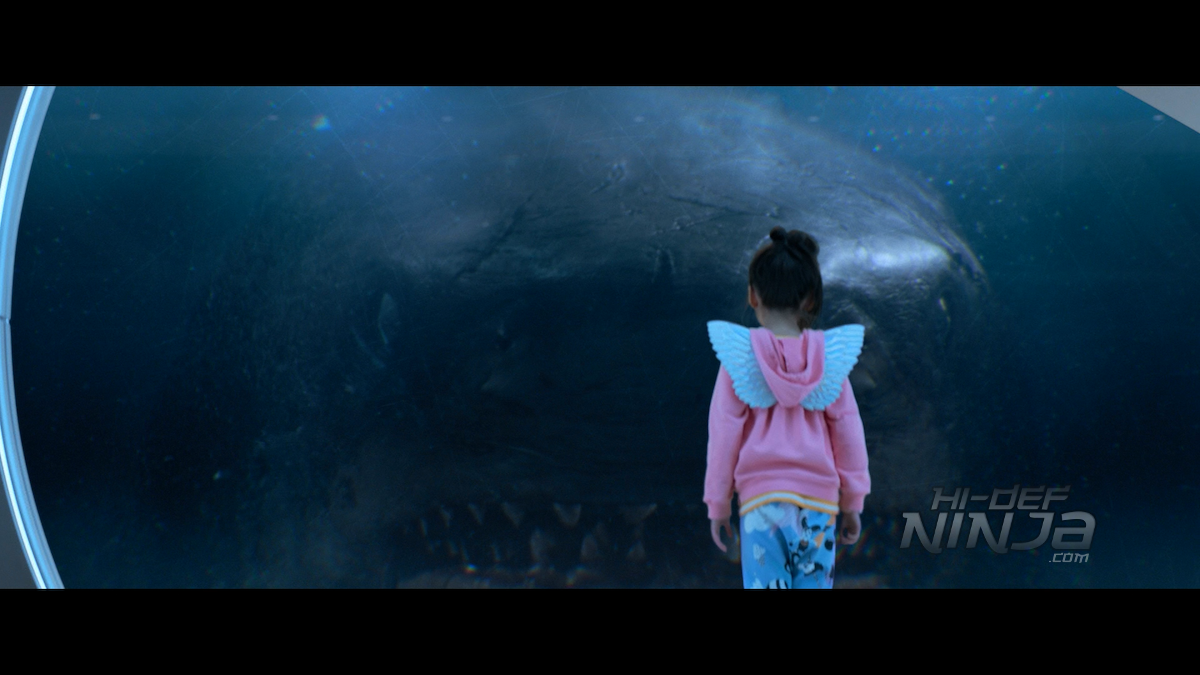 The video is a 1080p AVC presentation that definitely has its up and down. In the positives section, there are a lot of clean looking scenes with people’s faces looking sharp. In the subs and on Mana One, there is a lot of equipment that have individual buttons and these components can be easily seen. When Suyin dives in the clear shark cage of in her diving vehicle, these images might be some of the best on screen with brightly lit images. Colors are bright and vibrant.

The negatives are in some of the other areas like in the wide shots. These almost look like there is DVD video spliced into the HD footage. The detail levels fall and become murky. No, I’m not talking about underwater because the filmmakers make the water look realistic. However, there is also what looks like banding in some of the underwater scenes. One contradictory scene is when the shark is swimming through the beach crowd and the people enjoying the water above her look noisy with no real definition. I can’t speak for what the UHD looks like but the Blu-ray has some interesting issues. 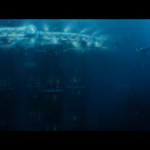 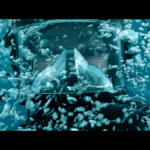 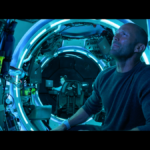 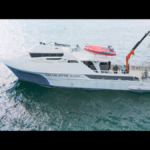 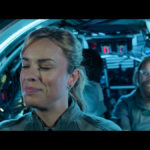 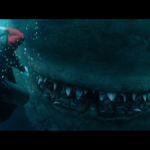 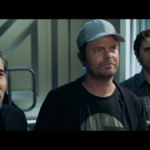 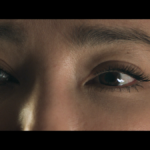 The audio is a Dolby Atmos mix that defaults to a Dolby TrueHD 7.1 mix. Even if you don’t have the Atmos setup, the mix is incredibly immersive in the 7.1 channels. This is especially during the under water scenes where objects are moving around from all sides. When characters are in the middle of the deep with sea life circling, the tension is raised considerably. Also, there is that calm sound you can only hear under the water that works like ambient noise and fills the overheads. Thee are some big LFEs in the way of the shark chomping on objects and all the chaos she causes. Also, there are some sporadic explosions that work the subwoofers. 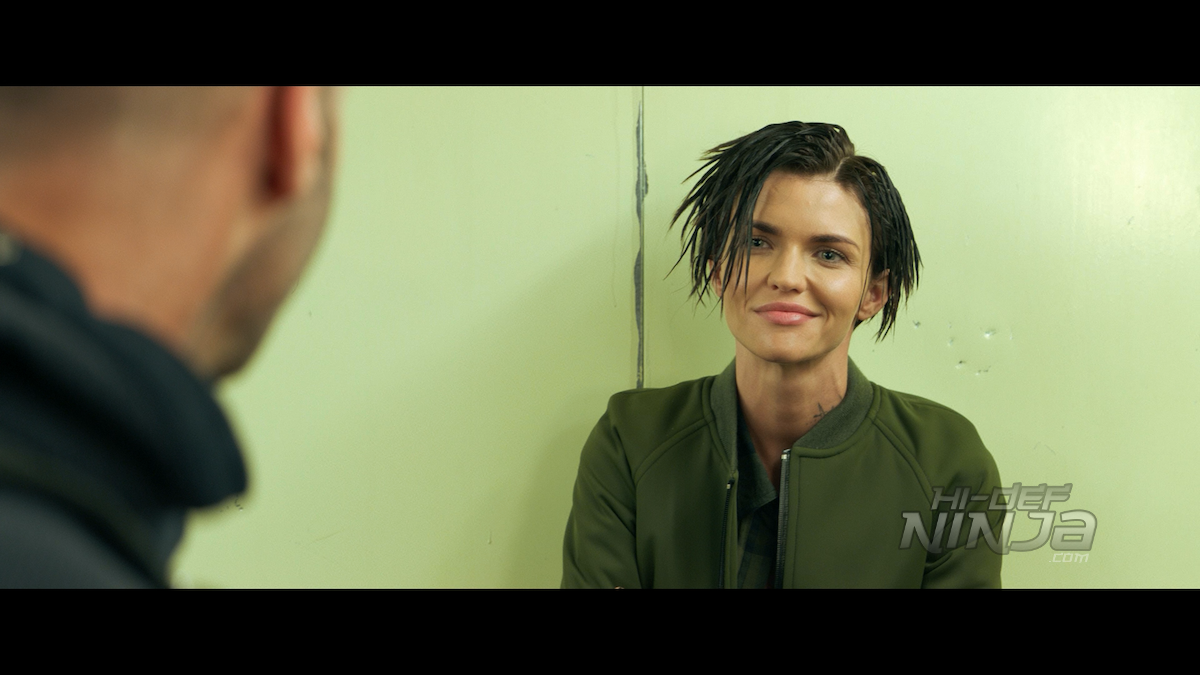 -Chomp on This: The Making of THE MEG: This is with the director and some of the cast talking about making the movie.

-Creating the Beast: This extra discussing creating the shark from what science thinks this mammoth fish could’ve looked like. 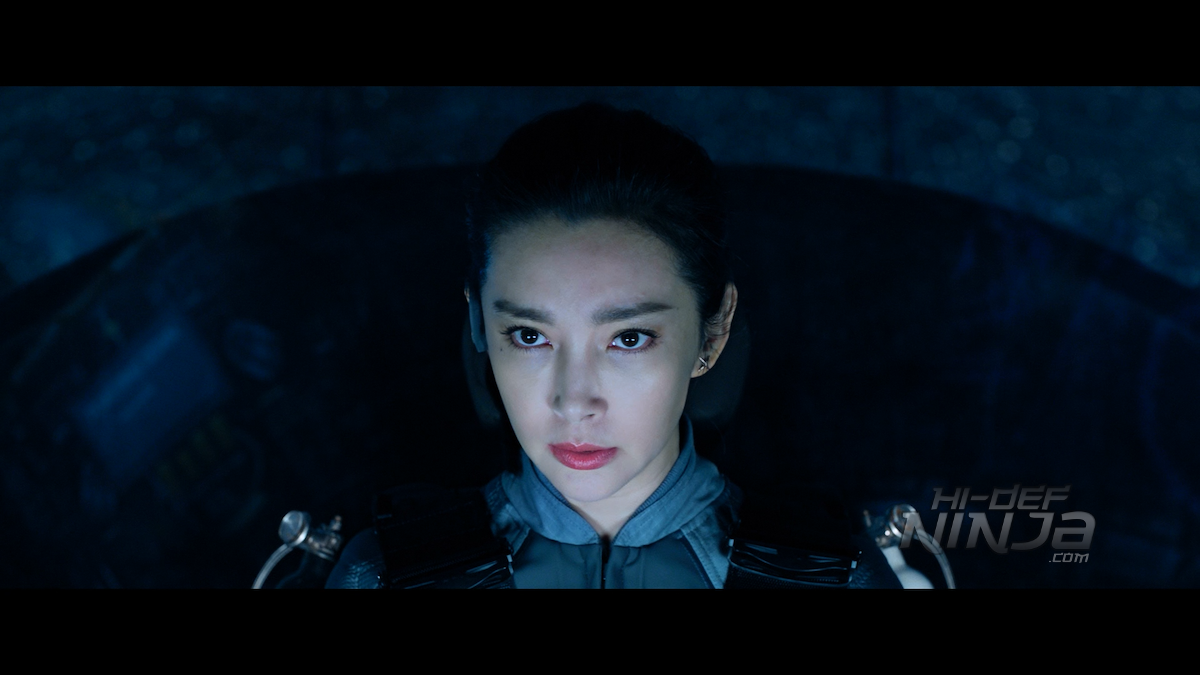 THE MEG is a fun shark and met the expectations that I had before screening it. It does play off of some creature movie tropes but they do feel more like homages to other shark movies like the JAWS Series and DEEP BLUE SEA. Honestly, its fun and it doesn’t take itself too seriously. The Blu-ray video isn’t the best but the audio makes up for it. The extras are about middle of the road with some good info but there are only two included plus a commercial. That being said, I would definitely check this out.