Some of the features of the VARIANT Blu-ray SteelBook:
•Packaged in a sleeve printed with an alternative colour arrangement of Tomer’s illustrations for Boyhood
•Hand-numbered as Mondo x SteelBook X out of 2000 copies
•Contains 16 page booklet about the movie
•Mondo X SteelBook series #002
•A rearrangement of Tomer Hanuka's beautifully illustrated artwork on the outside, inside, discs, and digital insert
•The artwork is lovingly finished with detailed gloss and satin varnishes
•Featuring a gorgeous white layer which will instantly engage you with main character, Mason’s eyes
•Each piece has been personally designed by Mondo from the front cover to the discs
•Includes all of the same features as the standard edition 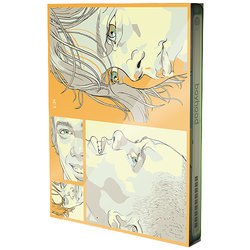 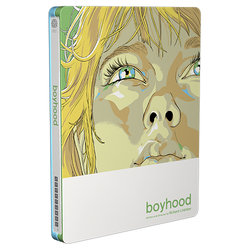 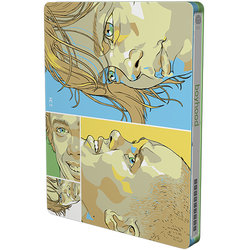 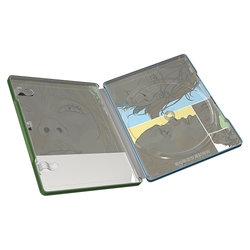 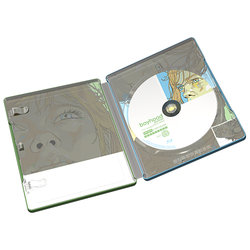 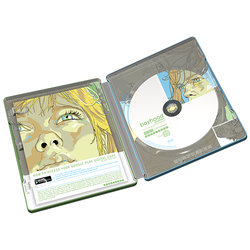 Synopsis:
Filmed over 12 years with the same cast, Richard Linklater's Boyhood is a groundbreaking story of growing up as seen through the eyes of a child named Mason (Ellar Coltrane), who literally grows up on screen before our eyes. Starring Ethan Hawke and Patricia Arquette as Mason's parents and newcomer Lorelei Linklater as his sister Samantha, Boyhood charts the rocky terrain of childhood like no other film has before and is both a nostalgic time capsule of the recent past and an ode to growing up and parenting. [IFC Films] Is this going to be for newer movies (Variant Edition)??

I don't think so, this movie wasn't listed as one of the possibilities by @zerox39

Pass for me, have No interest in this movie or steel.
Reactions: cooey, Hooch and FanOfGaming

an OFFICIAL announcement will come tomorrow.

Here is a review.

btw this got 99% certified fresh and was filmed over the course of 12 years. I havent seen it but it certainly sounds worth the blind buy.
Reactions: lolwut, Marina Blue, rj531 and 5 others

Pass for me, have No interest in this movie or steel.
Click to expand...

Really!? It's one of the best movies of the year IMO. It is a grand achievement in film making. I guess it may not be for everyone, but give it a chance.
Last edited: Nov 24, 2014
Reactions: Brokenauora, lolwut, AnubisNefer and 1 other person

I'll give it a try but not buying the steelbook for it, just an amaray release.

I have not seen it yet, but I'm a fan Linklater & Tomer Hanuka's artwork. Groundbreaking film for sure. I'm really intrigued with variant runs of steelbooks like they do with prints.

I'm confused by the term "variant edition". I hope that doesn't mean that Mondo will start releasing two colour schemes for each SteelBook like they do with their prints -- one regular, one variant.

I guess I'll wait for the official announcement tomorrow!

This movie is currently one of the best of the year and holds a 99% on Rotten Tomatoes. I personally think that this movie does not deserve a Mondo steelbook release however, just my opinion.
Reactions: Bagman99

I watched this movie 2 weeks ago. I love this movie! So, I can't wait the release!! I never imagine what it is released the steelbook! OMG!
Reactions: harry and djprodikis

Please for the love of God let this be region free!!!!!!!!
Reactions: harry and spass

Pass for me, have No interest in this movie or steel.
Click to expand...

Blu-ray SteelBook Today at 8:28 AM
apsmith21