Hello ninjas!
​
It's that time of year where we get together for our annual hidefninja.com Halloween and horror tradition, and share the latest horror films or tv we've watched. Just jump in to the thread, now until Halloween, and let us know what is making your skin crawl! Recommendations, reviews? Share them!

Throughout the next month or so, and leading right up to Halloween, watch our for new mini contests (like our "see the Candy corn in the thread, win a bit of dough towards movie purchases!" and others.
​
Have fun all!​ Psssstt....pay attention to evil candy corns (pm me as soon as you see it!) 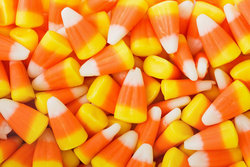 Currently binge watching The Walking Dead since my wife and I have never seen it. Halfway through season 2 at the mo
Reactions: digitalbabe

Next film I'm going to watch will be "The Others".
Reactions: bloodsnake007, MGD and digitalbabe

Whenever my little daughters aren't around, I'm trying to get int the entire Friday the 13th series before Halloween gets here. Saw 1-3 today

I am going to watch Contracted Part II right now

First part was interesting, cant wait to see what will happen next.

I rented COOTIES on vudu a couple of days ago. It's funny and more gory than I expected. It was ok, but you can definitely save your money and wait until after the theaters to watch.

One film that I'd like to mention is IT FOLLOWS. I blind bought this one (which I do with a lot of horror movies... I'm a total junkie) and really enjoyed it. Not so much scary as it is downright creepy. I liked it though. It's about this girl who sleeps with this guy and finds out - from him - that he's passed on this curse to her (sexually) in which something will follow her and try to kill her. It will be disguised as a person, but isn't a person. Only she will be able to see it and she can only avoid it by passing it on to another person. It sounds kind of cheesy, but I was surprised how much I ended up liking it. In my opinion, it's a fresh take on a genre in which "fresh" is not a word you can generally use to describe ANYTHING. It doesn't overuse the "jump scare" tactic like most horror movies do nowadays. I definitely recommend checking it out.

I actually blind bought HENRY: PORTRAIT OF A SERIAL KILLER just today, because it was only $5.99 at Best Buy on Blu-Ray. Will be watching it either tonight or in the next couple of days.

I caught THE HOUSES OCTOBER BUILT on Netflix a few days ago. It was a - what I like to call - "Handycam" movie. I have this weird proclivity for them. Anyways, it was ok.This group of people go looking for an "extreme" haunted house (not a real haunted house, but the kind they setup during October that you can pay money to walk through.) and can't find one. They hear about this particular one called "The Blue Skeleton" that travels around and you have to have a password to enter. They finally find out where it's at, go to it and get the scare of their lives. Some things that happen on their journey are pretty...well, interesting. Not the greatest movie, but worth a "free"watch on Netflix.

I'll be going to see BEFORE I WAKE early this week and will also be writing a review about it for Halloween Fest right here on HDN. I will also be doing the same for the new Paranormal Activity 3D flick.
Reactions: MGD, BluSteel2012 and bloodsnake007

Last watched It Follows, I thought it was great. Old school style horror and a great soundtrack!

Next film I'm going to watch will be "The Others".
Click to expand...

@Paperinukke I've been wanting to watch 'Julie's Eyes', my brother told me it's GREAT!

I fu**ing love that film!

Watched Annabelle the other night. It's one of those things where I just don't get why it has bad reviews, I thought it was ace - some genuinely terrifying moments

, and well up to the usual standard of most Blumhouse horrors.

ChrisIW said:
Watched Annabelle the other night. It's one of those things where I just don't get why it has bad reviews, I thought it was ace - some genuinely terrifying moments

, and well up to the usual standard of most Blumhouse horrors.
Click to expand...

I hated it!
One of the worst of this year.
Was just trying to be a quick cash grab of Conjuring.

Now that is some real horror right there! Lol!


nekromantik said:
I hated it!
One of the worst of this year.
Was just trying to be a quick cash grab of Conjuring.
Click to expand...

I thought it was ok, not as good as the conjuring but still decent!
Reactions: tridon

nekromantik said:
I hated it!
One of the worst of this year.
Was just trying to be a quick cash grab of Conjuring.
Click to expand...

Ugh, I was SO incredibly disappointed with 'Annabelle'!
Reactions: nekromantik and BluSteel2012

Candyman to refresh my memory for the article. Before that it was Dog Soldiers.
Reactions: tridon

Went back and watched Halloween III Season Of The Witch last night.

I watched the whole lot of my Halloween complete collection box set a few weeks ago but skipped that particular part first time round as it doesn't fit in with the whole Michael Myers saga at all.

If they just released it as a stand alone film and just called it Season Of The Witch I don't think it would have got such damning reviews and the backlash it received upon release. It's not the worst film, just not what the Halloween fans were expecting.

The night before that I watched Rob Zombies Lords Of Salem.

ChrisIW said:
Watched Annabelle the other night. It's one of those things where I just don't get why it has bad reviews, I thought it was ace - some genuinely terrifying moments

, and well up to the usual standard of most Blumhouse horrors.
Click to expand...

I'm one of the few that also enjoyed it!

It scared the TACOS out of me!

I know what I'm watching tonight!

bloodsnake007 said:
It scared the TACOS out of me!

That must've been one gross mess for Alyssa to clean up.