Tagline: Nature will strike back

Plot: Rescue member Ajie and his companions rescued a reef tanker in the storm, but met the captain who was stubborn and unwilling to give up. At the same time, a dark shadow haunted the deep sea and dragged everyone into the sea. From then on, the surviving Ajie, bearing the shadow of his colleagues' deaths, became decadent and disheartened. Many years later, Ajie overcomes the shadow and boards a fishing boat again. They rescue Xiaojing, who had fallen into the sea after his yacht overturned. Once onboard, things start growing strange. When the trapped people face the storm's severe test, they find the most dangerous thing is far more than this. There are unknown creatures coveting under the water. The savage people must put aside their prejudices and work together to survive. 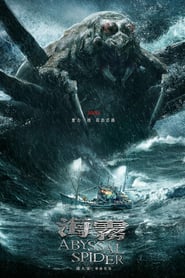