Vega said:
*in your opinion

Alone the fact that Andor wasn't shot in that awful LED sushi role makes it more of a feast to the eye than Mando. Don't get me wrong, I love Mando, but now that Andor is airing you can clearly see the difference between *real filmmaking* (whatever that means) in Andor with real locations, great acting and great dialog and a slower pacing and Mando, Fett and Kenobi...especially Kenobi where all of these aspects were just completely underdevelped, you can clearly see the edge of the stage where the LED volume begins in some shots. In 2 episodes of Boba Fett where the setting was kind of dark I could even see the LED grid in the background for a few seconds, absolutely ridiculous for them to not just jump into a destern landscape with a small team for a week or two to shoot these things. Apart from the story, Andor does everything right when it comes to the craft. And we have arrived in an age where that is not the norm anymore.
Click to expand...

*in your opinion
Reactions: hatredhorror and Noodles Amazing episode, the writing and acting was top notch.
I'm a little bit worried about the last two episodes being directed by the guy who directed the seventh episode, which was by far the most cgi-heavy episode of the bunch.
Let's see though, really looking forward to the rest!

Excellent show, feels like a Rogue One's cousin. Definitely up there with Mandalorian for me. Fingers crossed it will stay that way until the finale.
Reactions: gAnX and Noodles

I was really skeptical starting but after watching up and including episode 9 I'm loving it, star wars should be done like this. Great stories in the same universe, dont get me wrong I love me some lightsabre battles but quality of quantity for sure. Tired of the skywalker saga. Obi series was a big let down for me, I gave up a few episodes before the end and I don't intend to finish it.
Reactions: Noodles

Another great episode. I HOPE Mondo will do a vinyl release of this soundtrack, absolutely gorgeous.

Very nice season finale. Can't wait for the conclusion of this story in season 2. And there's a small after-credit sequence! 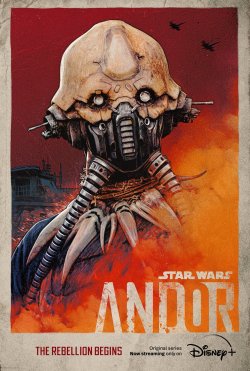 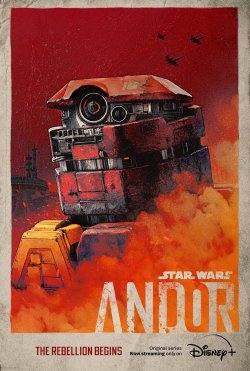