Back to the Future: The Ultimate Visual History [Hardcover Book]

I didn't found a thread for this awesome book so I thought maybe some ninjas don't know about it.
For me it is the best anniversary release for this movie, way better than all crappy movie special editions I've pre-ordered at Amazon.de and pay'd 31 EUR. Delivered today. And it bleeds quality!!!
Just some facts:
Big hardcover book, BTTF logo on the front embossed, thick paper with high quality pictures exclusive to this book and also exclusive text content only for this book. AND: A SHITLOAD OF REMOVABLE EXTRAS LIKE: Jaw 19 poster, LENTICULAR photo of Marty and his disappearing family, letters, notes, envelopes and and and so much more

All content are in the book, some loose some decent sticked to the page so you can leave it in there or take it off ...

This is the official press-text:

Great Scott! Go Back to the Future with Doc Brown and Marty McFly in this visually stunning look at the creation of one of the most beloved movie trilogies of all time.

Few films have made an impact on popular culture like the Back to the Future trilogy. This deluxe, officially licensed book goes behind the scenes to tell the complete story of the making of these hugely popular movies and how the adventures of Marty McFly and Doc Brown became an international phenomenon.

Back to the Future: The Ultimate Visual History is a stunning journey into the creation of this beloved time-traveling saga and features hundreds of never-before-seen images from all three movies, along with rare concept art, storyboards, and other visual treasures.

The book also features exclusive interviews with key cast and crew members—including Michael J. Fox, Christopher Lloyd, Lea Thompson, Robert Zemeckis, Bob Gale, Steven Spielberg, Frank Marshall, Kathleen Kennedy, and more—and tells the complete story of the production of the movies, from the initial concept to the staging of iconic scenes such as the “Enchantment Under the Sea” dance and the hoverboard sequence. The book also delves into the wider Back to the Future universe, exploring the animated television show and Back to the Future: The Ride.

Written by Michael Klastorin—the production publicist on the second and third movies—with Back to the Future expert Randal Atamaniuk, this book delivers a range of surprises from the Universal Pictures archives and also includes a wealth of special removable items.

Comprehensive, compelling, and definitive, Back to the Future: The Ultimate Visual History is the book that fans have been waiting for.


Youtube Video:
'Back to the Future' co-autor and filmmaker Bob Gale and Unit Publicist Michael Klastorin recall the journey of the stories, secrets and challenges behind the creation of the Ultimate Visual History book.

Here are some shots of mine: I know @paulboland you ordered this too. Maybe you can spread also your impression on the book. I'm really stunned and for 30 EUR its a bargain

Ha! Ha! Nice!
Bob Gale GOTTA EAT! (He really has nothing except BTTF.)

dan8885 said:
I know @paulboland you ordered this too. Maybe you can spread also your impression on the book. I'm really stunned and for 30 EUR its a bargain

Thanks for the tag, this is defo on my 'to buy' list

dan8885 said:
I know @paulboland you ordered this too. Maybe you can spread also your impression on the book. I'm really stunned and for 30 EUR its a bargain

paulboland said:
I had this on order with amazon uk but I had preordered the USA Harper Design version and amazon UK had not shipped my order they kept changing the expected arrival date and is no longer listed as available as amazon UK as the seller


To others deciding to get or not
This book is amazing looking and I expect it will be out of print at some stage so if you not already ordered I would do so now while you can
Click to expand...

Is there any difference between the versions you mentioned? Harper Design and Titan Books?
I thought everything is the same. Mine is from Harper Design...
Reactions: paulboland

dan8885 said:
Is there any difference between the versions you mentioned? Harper Design and Titan Books?
I thought everything is the same. Mine is from Harper Design...
Click to expand...

With this Book all including the front cover is the same
Reactions: vurt and dan8885

Ordered this as well and can't wait for this absolute beauty to arrive. I watched some unboxing videos for this one and this is worth every cent spent on it. I'm looking more forward to receiving this than some pre-ordered exclusives now. Truly a bargain.

Per-ordered the book some weeks ago and cannot wait for this Beauty any longer.
Reactions: dan8885

Thanks for the heads up on this beauty

My order from book depository dispatched

Looking forward to getting this
Reactions: luke98 and dan8885

The pull out inserts are cool
I love the Jaws 19 poster
Reactions: luke98 and dan8885 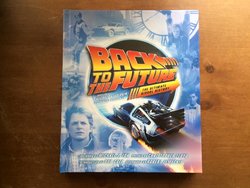 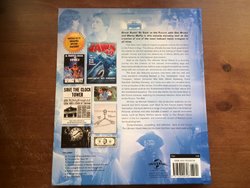 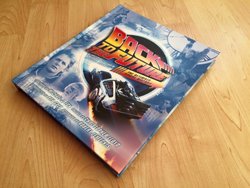 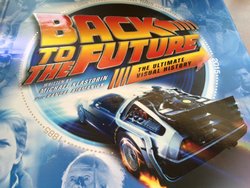 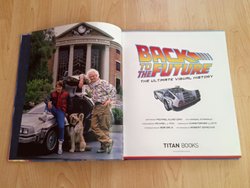 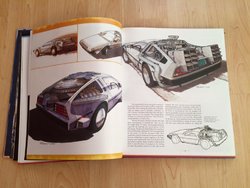 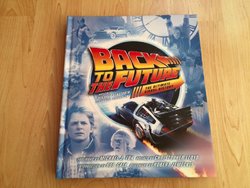 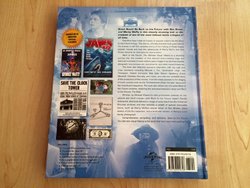 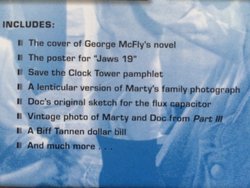 That book looks sweet , tempted to order it and the digibook

Finally arrived today and it's a stunner. This is without any discussion THE anniversary edition to own! 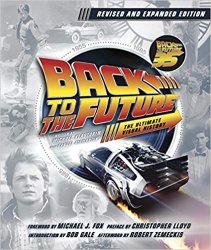 BACK TO THE FUTURE ALL PARTS STATIC COVER FOR STEELBOOK

BACK TO THE FUTURE 3D Lenticular Magnet for Steelbook