HBO Max and Cartoon Network have greenlit a straight-to-series order for Batman: Caped Crusader. This is an all-new animated series and reimagining of the Batman mythology. It’s told through the visionary lens of executive producers Bruce Timm, J.J. Abrams, and Matt Reeves. The series is jointly produced by Warner Bros. Animation, Bad Robot Productions, and 6th & Idaho. 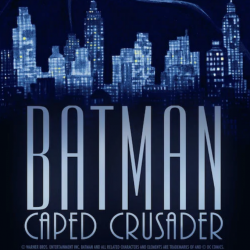 So excited about this.
Show hidden low quality content