McFarlane Toys and Target have launched pre-orders for the Batman Classic TV Series Collection in conjunction with Target's The Collector's Spot Summer Geek-Out; a month-long celebration of geek culture & fandom!

Coming soon to the Batman Classic TV Series Collection are incredibly detailed 6-inch figures with classic articulation. Each figure has two action word bubbles accessories and is showcased in a card-backed blister with the iconic old-school look of the 1960's Batman series. They will be available in-store in August and online in September exclusively at Target. MSRP is $17.99. All figures are sold separately.

Batman Classic TV Series - BATMOBILE
To the Batmobile!" Batman and Robin have many gadgets in their arsenal, but none more hi-tech and stylish than the Batmobile—ready to power on with the touch of a button. When the Dynamic Duo find themselves faced with imminent danger, laser beams, magnets, and a parachute jettison button become quite useful. And there's no need to worry about villainous takeovers, good citizen; the Anti-Theft Activator is all the Caped Crusader needs to protect his invaluable vehicle.
Designed with rolling wheels and a rotating steering wheel and packaged in a card-backed blister with the iconic old-school look of the 1960's Batman series. MSRP $29.99. Figures sold separately. 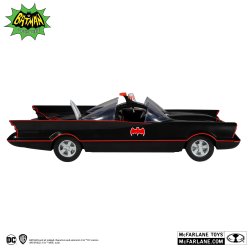 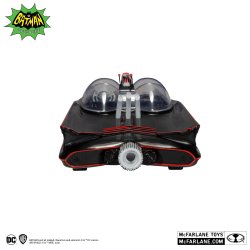 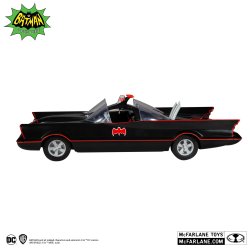 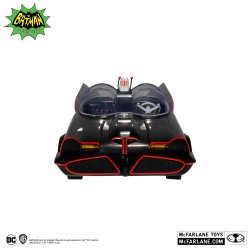 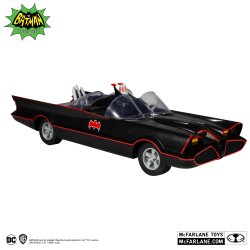 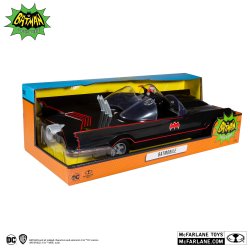 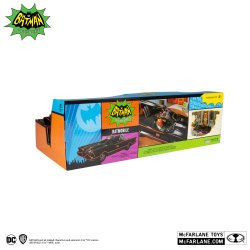 Batman Classic TV Series – BATCAVE PLAYSET
"To the Batpoles!" With the push of a Shakespeare bust button, Bruce and Dick are transported into the vast Batcave and transformed into Batman and Robin. Housing the Batcomputer and a host of gadgets, the Dynamic Duo solves crimes and is always alert for trouble in Gotham City. Now, it's time for Batman and Robin to teach the villains that crime doesn't pay!
Batcave comes with eight monitors, machines, and batcomputer, batpoles, and loft with ladder, for Batman and Robin to fight crime and keep tabs on those dastardly villains. MSRP $29.99 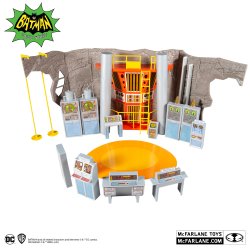 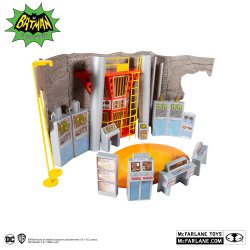 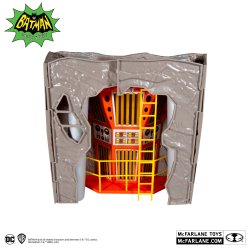 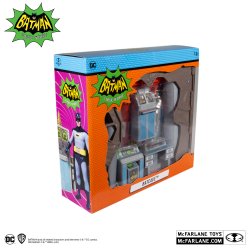 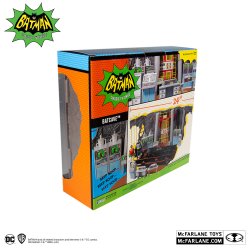 Batman Classic TV Series - BATMAN
Kapow! The debonair millionaire Bruce Wayne may seem like your average cool cat, but you would be wrong! With the flip of a Shakespeare head bust and… to the Batcave! Gotham City is filled with a rogue's gallery of criminals eager to unmask the Batman, but the Caped Crusader's clever ways thwart them. 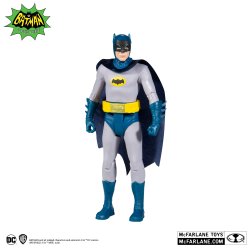 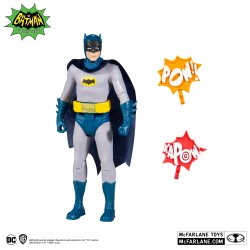 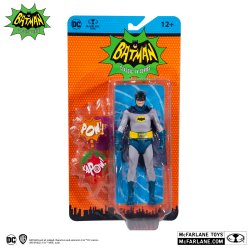 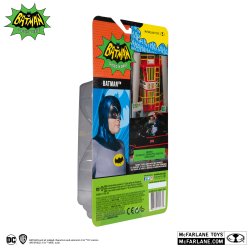 Batman Classic TV Series - THE JOKER
Who is the impractical joker with a key to crime? With a maniacal laugh, a twisted sense of humor, and a penchant for setting cunning traps, The Joker is one of Batman's most notoriously fiendish foes. But when it comes to putting an end to The Joker's crime sprees, Batman knows firsthand that The Joker's jokes are never very funny in the end. 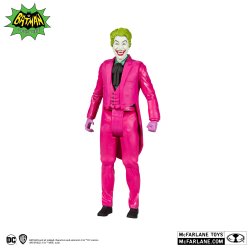 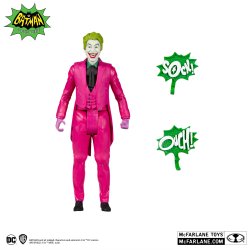 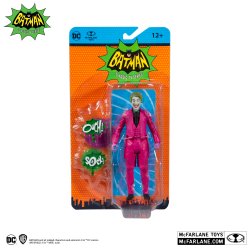 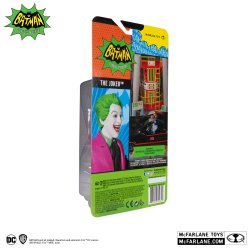 Batman Classic TV Series - ROBIN
Holy Boy Wonder, Batman!" How lucky can orphan Dick Grayson get? He gets taken in by the wealthiest man in Gotham City, who happens to be Batman. He gets to live in a mansion complete with a cave, gets to kick the villain's butt, and cruises around in the world's coolest car 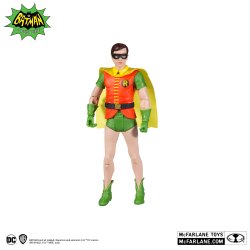 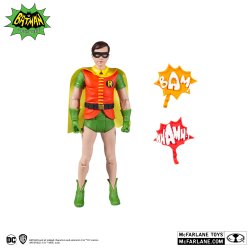 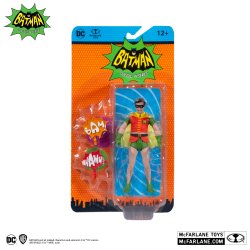 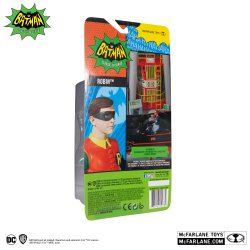