From Nova FB :
Novamedia Exclusive No.3 <Begin Again> Blu-ray Steelbook.
We're preparing with KD Media, It will be release this March.
Thank you. Last edited by a moderator: Apr 13, 2015
Reactions: steelbobawny, number33, absjosh and 16 others

Interesting choice - don't see this one selling in great numbers.

Interesting choice. I'm sure Nova will do a good job, and that I'll jump in on a copy, but it's a bit different
Reactions: Actarus
C

I'd be up for a copy, looked like a good film when I saw the trailer

It's nice to see smaller budget movies or independent films that first was shown in film Festivals such as Tribeca or Sundance to have a Steelbook release... I love independent movies that are show in such festivals, my Favorite one is Sundance, and when they are picked up/or released and we can see those little Jewel such as I Origins, Boyhood, Whiplash and Begin Again just to name a few, to have them released as a Steelbook is very nice. Will have my support.
Reactions: Hatori, spass and T800kaz

I'm down, looks like a fun movie from the trailer

Cool, I love comic book movies a lot but its nice to see these types of films get some steelbook love too. At least
people won't have to wake up in the middle of the night or sneak on to their phones at work to order this.

Once and/or Seeking A Friend For The End Of The World would have been impossible for me to resist, but I'm interested in this.
L

Never heard of it. Odd choice.

Interesting choice . I was expecting Interstellar or Gone Girl

Yeah, it's not an action movie.

justhedudeman said:
Yeah, it's not an action movie.
Click to expand...

Yeah I hope they add the deleted fight scenes
Reactions: Huguito, trikidicky, ben6212 and 2 others

Really weird choice from Nova, in my opinion, but I like that it is releasing less mainstream films. This one just isn't for me.
Reactions: harry

Interesting, I hadn't heard of this film until now but may well end up giving it a watch now to decide if it's worth picking this up or not.
Reactions: MGD and IRON MAN

MrBMT said:
giving it a watch now to decide if it's worth picking this up or not.
Click to expand...

Good choice from Nova. Depending on price and slip(s) I might get this.
Reactions: tridon and MGD

Isn't one of the signs of the Apocalypse a Premium Steelbook of an Adam Levine movie?
(As if the very existence of Maroon 5 isn't punishment enough).
(Yes- Adam Levine is The Beast....) 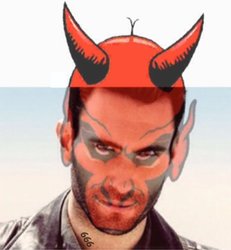