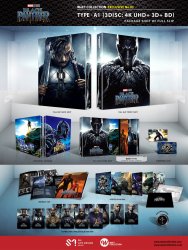 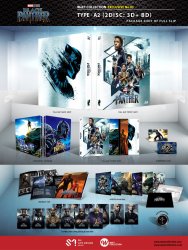 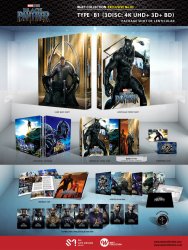 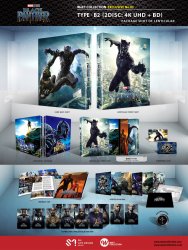 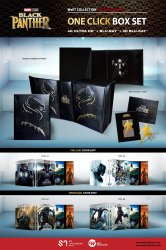 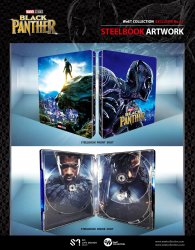 wow, this steelbook looks much better than the blufans one (front). well done WeET.

full slip A1 is how the blufans single lenti should look like.

full slip A1 and Lenti B2 are my favorites.
Last edited: Jul 12, 2019
Reactions: jonnybobbytimmy
S

I do like that they’re doing a release with everything, a release with just BD/3d and a release that’s just 4K/2D. I guess ideally there’d be a 4K/3D only release (though I have no use for 3D, since. LG OLEDS no longer support it)

What is the finish on their Steelbooks? Do they generally do embossing/debossing?
Reactions: schnauzithomas

.....must say though, looks like very beautiful package same as previous GotG 2, but no way Im buying it only for the look.....easy pass and better give my money to upcoming Nova rls

Damn there goes my money again....too beautiful to pass on this... looks so much better than the Blufans version
Reactions: Radagast and jonnybobbytimmy

Dazzler_31117 said:
No need for that SM Life release anymore for those who have it, not with that A1 Full slip here.

They all look great. One clicking this (hopefully)
Click to expand...

Just when you think you're happy with your Blufans One Click...

Not bad....now do I really need another edition of this or am I happy with my BluFans lenti? Decisions decisions

I ended up not taking the blufans one so I'm so glad they did again with those designs. Looks sick! I'll try to get one with a 4K disc

This is why I do love WeET: another awesome release!
I've already got Blufans' SL so I'll end up picking either lenti 1 or 2.
The second one has a better artwork while the first has 3 discs... Not that I'll end up opening it but still

Is it me or BP on the second lenti should be looking at his opponent rather than us?

Surprised to see this. Good effort from weet yet again, but come on with these 4k print runs... Make it special!!
Reactions: Hereticz

I am happy to inform you that future Weet GB's will be direct ship for additional cost savings and faster delivery. I hope you like this change , similar to what we have for Nova/Manta.

Thanks
Reactions: Apollon, apsmith21, sis3 and 20 others

I am happy to inform you that future Weet GB's will be direct ship for additional cost savings and faster delivery. I hope you like this change , similar to what we have for Nova/Manta.

very very good, thanks for that Aniv
Reactions: Aniv

Lenti B2 All the Way for me

Jeez, I’m know I’m gonna peeve a few people off here, but man am I getting sick of these crap MCU releases. All this effort for a totally forgettable, overrated comic book flick. Yeah I know, I’m in the minority but IMO the MCU has about as much artistic clout as a wet bus ticket. I would love WeET to pour as much effort into something a little less safe.

For MCU fans this is a no brainer. The Steelbook is at least the best design so far. For me the boredom of major studio comic book adaptations can’t end soon enough. Hollywood is stale, out of ideas, repetitive, and too focused on pleasing punters without ever offending them. They are the Facebook of entertainment.

I think I’m getting too old. Rant over. I await the downticks

For the fullslip, imo the best is A1 and both lentis are good ( hmmm maybe i like B1 more)

Hope they will show us pictures of the steelbooks and slips soon
Reactions: DMD4k and jonnybobbytimmy
S

Does anyone know if the SteelBook is embossed?
Thomas

Read that the title is debossed.
Reactions: schnauzithomas and harry
T

Bit of a game changer this tbh, I assumed either Weet or Nova would pick up the rights to do a premium release of Infinity War (to continue on from Nova's Avengers and Age of Ultron) but never thought we'd get a Black Panther. In theory literally any MCU film could now be picked up by Weet for the premium treatment and given Blufans current issues who knows we may even see Weet beat them to the punch with some of the more recent films