Plot: Travis Block, a shadowy Government agent who specializes in removing operatives whose covers have been exposed, uncovers a deadly conspiracy within his own ranks that reaches the highest echelons of power. 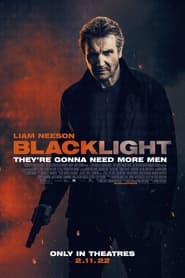 I've liked Liam Neeson since before he was an 'action star' starting with 1991's Under Suspicion, where he was playing a shady character. But I appreciated almost all his action movies, up to and including Ice Road. The Marksman wasn't as good, as all the rest, and this Blacklight really is the worst. Very predictable and clichéd plot, only a couple action scenes, and a rushed and anticlimactic ending.
It's still better, than all the recent Travolta and Cage movies, but I'm getting worried. He is almost 70, even though looks 56.
I'm a little racist in that I think proper Irish pedigree like that, and Pierce Brosnan's, should be cloned, or spread somehow, for the betterment and survival of our species.
Reactions: DADDYCOOL187
Movie information in first post provided by The Movie Database
Show hidden low quality content
Share:
Facebook Twitter Reddit Email Share Link
Top Bottom