Plot: Jaime Reyes acquires a mysterious scarab that binds to his spine and provides him with a powerful suit of blue alien armor. DC and Warner Bros. are developing their first Latino superhero movie about Jaime Reyes, aka the “Blue Beetle".
Mexican-born writer Gareth Dunnet-Alcocer, who wrote Universal’s “Scarface,” has been tapped to write the screenplay.

In the comics, Mexican-American teenager Jaime Reyes is the third character to assume the mantle of the Blue Beetle after Dan Garret and Ted Kord.
Created by Keith Giffen, John Rogers, and Cully Hamner, the character made his first appearance in the comics in 2006’s “Infinite Crisis” #5. 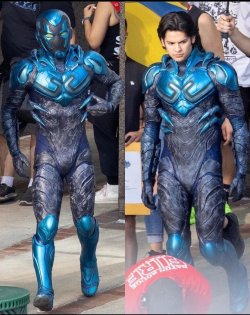