You are using an out of date browser. It may not display this or other websites correctly.
You should upgrade or use an alternative browser.
Added to Calendar: 10-10-22 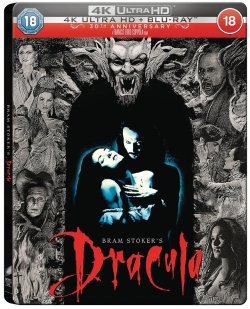 I really prefer no artwork inside but a very good finish ... just my opinion !

the back visual is subtle ... depend of the angle you may barely see the red dots for the eyes of Dracula

When I click the link in the OP it takes me to the listing at £29.99 and it's in stock available to order right now.

That £38.99 listing appears to be for the North American steelbook and discs. No UK ratings logos. So I guess it's an import price or perhaps a mistake and the listing will disappear soon.
R

They look similar but the £38.99 one is a US one, the one from the link on here is the correct one and it disappeared because it went out of stock, but its back in now.

Debit card has been charged

I expect will be dispatched in next few days

USA releases sometimes by mistake show up on Zavvi UK
They meant to be listed on Zavvi USA only
That why you saw the USA release listed
Reactions: jaffajakes

Dispatched. Got Royal Mail tracking again for this

Mine arrived yesterday - lovely steelbook. Spot gloss on the front but it’s scratched to buggery. The joy.
Reactions: jailbird_joey

Yeah kinda weird they started that after I had a little ***** about it.
Reactions: Lord Vader

My copy showed up today from Zavvi. No scratches thankfully. Weird there is no inside art but the cover is great as expected and nice to get some gloss this side of the pond for a change
Reactions: jailbird_joey
W

Zavvi cancelled my order this week citing not being able to get stock, despite it showing as In Stock when I placed my order.
Reactions: TheWildEye
Show hidden low quality content