Plot: A small group of Russian soldiers have the task of taking Hitler's discovered remains back to Stalin in Moscow. 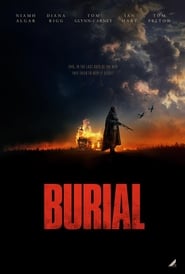 Sounds interesting, could be nice if done well.
Reactions: Robles

“Set in the last days of WWII, the film tells the fictional story of a small band of Russian soldiers led by intelligence officer Brana Vasilyeva who is tasked with trafficking the remains of Hitler back to Stalin in Russia.
“En route, the unit is attacked by German ‘Werewolf’ partisans and picked off one-by-one. Brana leads her surviving comrades in a last stand to ensure their ‘cargo’ doesn’t fall into the hands of those who would see it buried in order to hide the truth forever.”
Reactions: Robles

Netflix The King - In theaters and streaming on Netflix Fall 2019

Netflix In the Tall Grass - Streaming on Netflix October 4, 2019