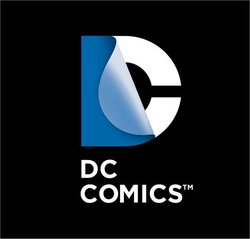 At the Comic-Con Experience 2017 in Sao Paulo, Brazil, Warner Bros. held a panel promoting a number of upcoming movies. As you might expect, the DC Films Universe also got a mention and that came with an updated reveal of the releases which are on the way. However, the announcement was perhaps most notable for the absence of several key projects which are supposed to be in the works.

Wonder Woman 2 was the first to be presented but the "2" was shown as "II" in Roman numerals, so that could be an indication of how the title will appear on promo art and the like moving forward.

Aquaman followed, as did Flashpoint, Suicide Squad 2, Shazam, Batgirl, Green Lantern Corps, The Batman, and Justice League Dark. That's an impressive lineup of movies but there are lots of movies which weren't mentioned, including Cyborg, Deathstroke, Gotham City Sirens, Harley Quinn, The Joker vs. Harley Quinn, Nightwing, the standalone Joker movie, and the long rumoured Justice League 2.​
Makes sense... but seriously... where's MOS2 with a brighter Superman...?
Click to expand...

Not surprised any of the 100 announced Harley Quinn movies are not on the list.I think they just saw how hot her cosplay numbers were and thought they could milk the character then realized, they had softly announced any movie that was pitched to them by Margot Robbie.There was never any chance she gets a stand alone movie, now there is no chance she get's a team up movie that doesn't have Wonder Woman in it.

I could have sworn the guy who directed Kingsman was going to write and direct MOS2?It was making the rounds for weeks.
Reactions: Drum18

So... Looks like DC is now making ANOTHER joker movie???


https://twitter.com/i/web/status/1004135562209644545
I am honestly not sure what is going on now anymore... Is this in place of the Joker & Harley Movie that was planned? or are they scrapping the Todd Philipps Joker movie?
Seems weird to do TWO solo Joker movies.
T

Not even Warner know what they're doing

A couple more coming up next year

Production on Cathy Yan's Birds of Prey, which will feature the return of Academy Award-nominee Margot Robbie (Once Upon A Time In Hollywood) as Harley Quinn, has been slated to begin in January 2019 and while a release date has not been set, the studio is likely eyeing a 2020 release date. The film has been rumored to feature DC heroines Black Canary, Huntress, Renee Montoya, and a young Cassandra Cain as well as Batman villain Black Mask. ComicBookMovie's Mark Cassidy also recently shared an exclusive update on who WB may be interested in casting for two of the lead roles.

The Flash, which will star Ezra Miller in the title role as Barry Allen, has now been confirmed to commence production in February 2019 and is also presumably looking at a potential 2020 release date. Game Night directors Jonathan Goldstein and John Francis Daley will be helming the long-awaited solo feature with a script from Joby Harold (King Arthur: Legend of the Sword). In addition to Miller, Kiersey Clemons and Billy Crudup are expected to feature as Iris West and Henry Allen, respectively. Fellow Justice Leaguers Gal Gadot (Wonder Woman 1984) and Ray Fisher (Cyborg) have also been rumored to appear, but the status on both is uncertain at best.

DHD also provides a small update on The Batman, but only mention that director Matt Reeves (War for the Planet of the Apes) is still hard at work on the project. It's not much, but the fact that it's in active development does seemingly suggest that it could and likely will also roll cameras sometime next year.

Warner Bros. has already booked four release dates in 2020 - February 14, April 3, June 5, and July 24 - so, expect to see Birds of Prey, The Flash, The Batman, and/or a yet-to-be-named fourth film land on one of these dates.​
Reactions: Noodles

Yup, such an exciting few years ahead!

Welcome to the 20s DC Fans, just look at the line up for the next three years