Plot: Based upon Marvel Comics’ most unconventional anti-hero, DEADPOOL tells the origin story of former Special Forces operative turned mercenary Wade Wilson, who after being subjected to a rogue experiment that leaves him with accelerated healing powers, adopts the alter ego Deadpool. Armed with his new abilities and a dark, twisted sense of humor, Deadpool hunts down the man who nearly destroyed his life.[/MOVIE1][POSTER1] 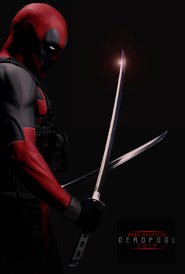 Hurry before Fox takes it down..

This is NOT the real deal... only a test footage in CGI.

back in 2012, the Merc with a Mouth's creator, Rob Liefeld, revealed that Miller, who signed on to helm the solo adaptation back in 2011, had developed test footage with his visual effects company Blur Studio. This footage was also seen by the film's screenwriters Rhett Reese and Paul Wernick who both confirmed Ryan Reynolds had performed the motion-capture and provided Deadpool's voice. Two years later, some of that footage has finally made its way online via Youtube's Bob Corner.
Click to expand...

Looks superb if you ask me! Wish they'd have the balls to make a movie like this
Reactions: IRON MAN, Scary Hair and tridon

It's sad that this hasn't happened yet.

Very sad it didn't happen Reynolds imo deserves something like this after the Green Lantern, he is a huge comic book fan and would have fitted really well as deadpool.

Maybe with a big enough response it will get picked up.

That trailer was loads of fun. I don't know much about the Deadpool character, but a movie definitely needs to happen!

LOOKS SO GOOD!!! I really hope they make this.

Here is a new link

Looks great, lets hope they will make a movie.

Just a few hours after star Ryan Reynolds opened up about the reaction to the Deadpool leaked footage, 20th Century Fox has announced they are moving forward with the film and given it a February 12, 2016 release date, just three months before the upcoming X-Men: Apocalypse. Ryan Reynolds is expected to star with director Tim Miller at the helm and a script by Zombieland writers Rhett Reese and Paul Wernick.

YES!!! Fox better just stand on the sidelines and not screw this one up!
Reactions: bloodsnake007

After seeing that "leaked" footage, boy am I excited!!!

Hell yeah! About friggin' time! I was literally just reading about it here. Better be R-Rated!

I'm so pumped for this. Been waiting forever for this movie! FINALLY!!!

While fans should certainly be excited that 20th Century Fox has finally committed to give Deadpool his own feature film in February of 2016, it's time to be cautiously optimistic. In an episode of the Schmoes Know podcast, the resurgence of Deadpool is discussed, and some distressing news came to light. While fans have frequently said that the only way to bring the Merc with a Mouth to the big screen without tainting the character is to make an R-rated film, director Tim Miller has apparently said that they figured out how to make a PG-13 film and still make the most hardcore Deadpool fans happy with the final product. Read on!

Here's what was said on the podcast:

Making the film PG-13 would explain why the studio finally agreed to make Deadpool a reality. That was the biggest hold-up before, since R-rated movies usually don't pull in as big of a box office take as PG-13 movies, especially when comic book properties are involved. Watchmen is an R-rated superhero movie (albeit far less conventional) and it only pulled in $107 million at the US box office. Meanwhile, more accessible films like Blade and Constantine made around 25% less at the box office. With the self-awareness that Deadpool has as a character, maybe he can make fun of the PG-13 aspects of the film and make it work that way.
Click to expand...

Opens on my Birthday!!

Even when the rumors were going around ,there was always the Feeling that the movie would be Pg -13.It would be a better movie if it were rated -R, but it would limit the audience and revenue.Also, the fact that Deadpool isn't really a house hold name means he needs to make as much money as possible.

Filming Starts in March! Reynolds Confirmed for the role. Today is a good day!

kaw said:
Filming Starts in March! Reynolds Confirmed for the role. Today is a good day!
Click to expand...