Plot: Doctor Sleep is based on the story by the same name written by Stephen King wich is a follow up to the classic ‘The Shining’. Here we once again meet the boy with the ability to shine, Danny Torrance who follows his father’s foot steps becoming an angry man with drinking problems. Then one day, he meets a girl with similar abilities as him. 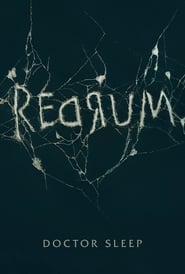 Ewan McGregor will star as Danny Torrance in Warner Bros.’ adaptation of the Stephen King novel “Doctor Sleep,” the sequel to horror classic “The Shining.”

Sources say King has given his blessing to McGregor’s casting.

Warner Bros. had been developing this film, as well as “The Shining” prequel “Overlook Hotel,” for years, but the studio struggled to secure a budget for either film. Following the success of New Line’s “It,” every studio with any sort of King IP under its roof has fast-tracked each property into pre-production.

“Doctor Sleep” begins as Torrance carries the trauma of the Overlook Hotel into adulthood. He’s become a reflection of his murderous father, with lingering rage and a drinking problem that dulls his pain as well as his “shining” powers. Those powers return when he embraces sobriety and uses his gift to help the dying at a hospice. He establishes a psychic connection with a young girl who shares his extreme abilities, and who is being targeted by a group with similar abilities. They’ve found that their powers grow if they inhale the “steam” that comes off others with the power to shine, when they are suffering painful deaths.
Click to expand...

apsmith21 said:
We are GTG I was dubious at first, but the trailer actually looks great!

Hmm not sure how I feel about the new trailer... it looks more fantasy than horror, mostly due to Ferguson's character. Has anyone seen this yet? What did you guys think?


I went to see it yesterday and oh boy, this was a big surprise for me! Not a film of the year, but one of the best sequels I have seen in a long time. This is how you do a sequel to a classic film like The Shinning!

Its respecting the old, but its not trying to rely on it too much and has its own intriguing story, very well written characters, editing, score and cast. I think it has everything a good movie should have.

Rebecca Fergusson gives (imho) her best perfomarce so far! I couldnt believe how good she was as Rose The Hat. Ewan is good as always. The young Kyliegh Curran is another surprise here - the best child performance in a long time. I dont want to offend anyone, but to be honest none of the losers club members came close to what Kyliegh did here. We will definitely see more of her Im sure.

Go see this one guys, its really good!
Reactions: willbar84, vexred and jasong

CollectorEmtee said:
Has anyone seen this yet? What did you guys think?
Click to expand...

While many love it, I don't care much for 'The Shining' - slow paced and overrated for me, so was somewhat apprehensive of this sequel.
Also, Stephen King film adaptations tend to be abit of hit & miss for me... more miss than hits.
However, I thoroughly enjoyed this movie far more than The Shining.


I was alittle disappointed how Rebecca Ferguson's Rose character turned out in the end. There was alot of build up as to how strong and deadly this character was but her end felt abit timid and didn't live up to the anticipation
Click to expand...

Yes indeed, both myself and jasong rated in Rate The Movie thread
Likewise, surprisingly enjoyable movie for me too. I'd say this surpassed 'IT - Part2'
Reactions: CollectorEmtee
Movie information in first post provided by The Movie Database
Show hidden low quality content
You must log in or register to reply here.
Share:
Facebook Twitter Reddit Email Link
Top Bottom