Plot: Dora, a teenage explorer, leads her friends on an adventure to save her parents and solve the mystery behind a lost city of gold. 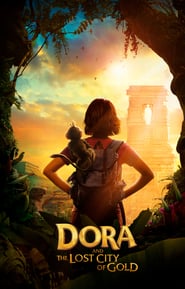 Isabela Moner Cast as Dora the Explorer in Live-Action Film The Transformers: The Last Knight actress has been tapped to play Dora the Explorer for the studio's live-action feature based on the character from the popular Nickelodeon TV series.

The Dora the Explorer movie will follow a teenage Dora — accompanied by her best friend Boots the monkey and her cousin Diego — on (you guessed it) an adventure.

James Bobin will direct from a screenplay by Nick Stoller, the writer-director behind films including The Muppets and Neighbors, and Danielle Sanchez-Witzel. The movie hails from Paramount's new Paramount Players division.

"We are thrilled to have found our Dora in Isabela,” said Brian Robbins, president of Paramount Players. “Dora has long been a celebrated, strong heroine in animated television, and like Dora, Isabela has an incredible spirit and is an advocate for positive values. With our partners at Nickelodeon, we look forward to continuing Dora’s story for generations to come.”

Added Moner: “I’m honored and excited to bring Dora to life. I grew up watching the show, and for me, especially as a Latina, Dora was an amazing role model — she is a strong, adventurous and fun-loving girl. I can’t wait to put on the backpack and begin her next adventure!”

Dora the Explorer will shoot in Queensland, Australia, and is scheduled for release Aug. 2, 2019.
Click to expand...

If Michael Bay is producing, I better see some explosions! @bloodsnake007
Pretty sure I saw a trailer for this years ago...

bloodsnake007 said:
If Michael Bay is producing, I better see some explosions!

LOL. I'd actually watch that! 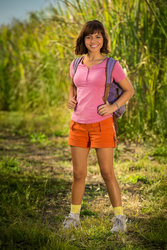 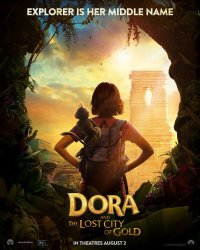 I'm so watching this!

bloodsnake007 said:
I'm so watching this!

It does actually look quite fun/funny. I'm sure my niece will love it (and me).

bloodsnake007 said:
If Michael Bay is producing, I better see some explosions!