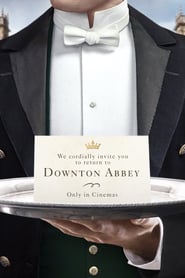 Peter Kujawski, chairman of Focus Features, announced today that Focus has set production with Carnival Films on the Downton Abbey movie. The original principal cast from the acclaimed television series have assembled to return for the feature which will begin production later this summer.

Also returning from the series is its creator Academy-Award winner Julian Fellowes who wrote the film’s screenplay and will produce alongside Gareth Neame and Liz Trubridge. Brian Percival (The Book Thief, About a Girl), who directed the series’ pilot, will direct the film. Nigel Marchant will also return to executive produce.

The television series Downton Abbey followed the lives of the Crawley family and the servants who worked for them at the turn of the 20th century in an Edwardian English country home. Over its 6 seasons, the series garnered 3 Golden Globe Awards, 15 Primetime Emmy Awards, a Special BAFTA award and 69 Emmy nominations in total, making Downton Abbey the most nominated non-US television show in the history of the Emmys – even earning a Guinness World Record for the highest critically rated TV show along the way.
Click to expand... So I saw this last night. My wife LOVES the TV show. I liked it but it was never my favorite show so going in I was a little skeptical.
The first 30 mins or so were a little shaky but I started letting my guard down after that and embracing it... and you know what... this was a delightful film in the end.
A wonderful way to finish off the series and these characters. Much better then I expected it to be.
Reactions: Drum18
Movie information in first post provided by The Movie Database
Show hidden low quality content
You must log in or register to reply here.
Share:
Facebook Twitter Reddit Email Link
Top Bottom