Fueled by a personal vendetta against those who cost him his family, Drax the Destroyer originally only has revenge on his mind, but after meeting Star-Lord, Drax’s life has been changed with friends on his side.

Sideshow and Hot Toys officially present the sixth scale collectible figure of Drax the Destroyer for fans to complete their Guardians of the Galaxy team. The movie-accurate Drax the Destroyer collectible figure is specially crafted based on the image of Dave Bautista in the movie, featuring a newly developed head sculpt, a newly developed muscular body with detailed sculpture of the character’s iconic tattoos, two styles of interchangeable pants, two blades, a rocket launcher, and a Guardians of the Galaxy themed figure stand.

Don’t ever let the chance to own this collectible figure fly over your head.
Click to expand... 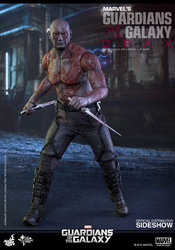 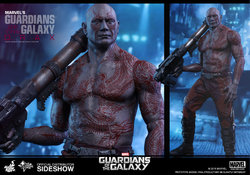 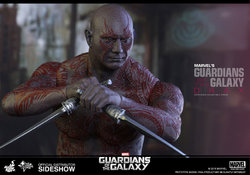 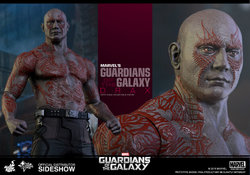 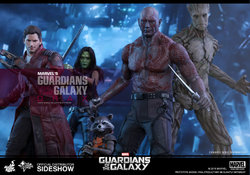 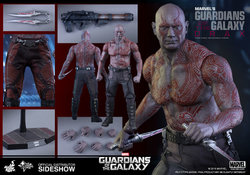 Will be interested to see how these turn out... and at what price !!
Hopefully Hot Toys won't price these inline with the Marvel/Avenger series

With so many already up from Thor/IM/Capt.AM, really hesitant to start another collection line...

Im only interested in Rocket Raccoon, but i will probably get the premium format instead! 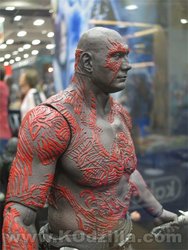 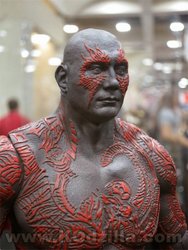 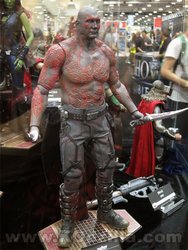 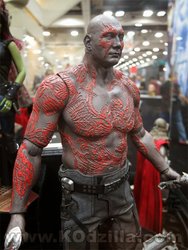 He looks badass... but too bad in the movie he looked so weak...

@Drum18 lol right? I mean at first he came off as a bad ass when you first got introduced to him in the movie .... then next thing you know he was basically useless unless taking on some basic henchmen. They need to really step up his brutalness in next movie if we're to take him serious.
Reactions: Drum18

wtf man .... @Drum18 where is this pre0rder!? they better not flake off and not make drax! I do not like to have stuff missing!

Wreck said:
wtf man .... @Drum18 where is this pre0rder!? they better not flake off and not make drax! I do not like to have stuff missing!
Click to expand...

I know.... nothing has surfaced yet.... you know Hot Toys is busy making another 5-10 Iron Man suits...
Reactions: Bluprint Problem might be WWE owning rights to him on action figures ? Idk
Reactions: ocielz Great to know it's still happening...

... for now, though will keep holding my breath till the official annoucement

and nice to see him finally but i was more like the grey pants, better fit with all other members
Show hidden low quality content