Neverwinter is a free-to-play massively multiplayer online role-playing game developed by Cryptic Studios and released by Perfect World Entertainment for Microsoft Windows in 2013, Xbox One in 2015, and PlayStation 4 in 2016.

Dungeons & Dragons Neverwinter, a Free-to-Play MMO based on the D&D roleplaying game and packed with epic tales and adventure. 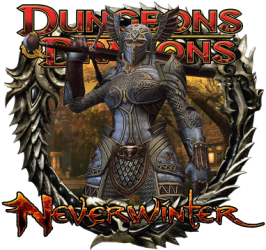 The second piece of episodic content in Neverwinter: Avernus and its special limited time campaign: The Redeemed Citadel is now live on PC.

The new content features the next milestone of the server-wide collaboration to reconstruct the now redeemed Bleeding Citadel of Zariel in Avernus, the first layer of the Nine Hells. The content is available now on PC and will launch at a later date on Xbox One and PlayStation 4. In addition, the content of the initial episode is now available on Xbox One and PlayStation 4.
You can watch The Redeemed Citadel Launch Trailer here:


This new update continues the epic campaign of players aiding the powerful ruler of Avernus, Zariel, who is newly redeemed and free from Asmodeus' bondage, as she seeks to redress the balance of her dark deeds and create a bastion of angelic strength in the Nine Hells.


Players need to work together to reach four major milestones and reforge the citadel adding new rooms and content as they rebuild the citadel. Players contribute to the reconstruction by assisting Zariel: slaying fiends and completing Heroic Encounters in Avernus, by completing Holy Register of the Deputation Quests, and by doing the Weekly Challenges. Weekly Challenges have players slaying demons, locating treasure, or traveling to past dungeons in an effort to gain Zariel’s Favor, a currency that can be exchanged for various goods.
New content added since the launch of the first episode includes:
While rebuilding the citadel closer to its former glory, players can earn the following new awards:

Perfect World Entertainment and Cryptic Studios are excited to announce that Neverwinter is now available on the Epic Games Store.

Now is the perfect time for new adventurers to dive into Neverwinter, with today’s release of the fourth and final milestone for Neverwinter: The Redeemed Citadel, a multi-part update that is now available on Arc, Steam and the Epic Games Store. Milestone IV will launch at a later date on Xbox One and PlayStation®4. Milestone III, however, is now available for console players to enjoy.


About Milestone IV
With the final milestone unlocked for The Redeemed Citadel, players can now experience all of the exciting features that the citadel has to offer. The new update concludes the epic campaign of Neverwinter players aiding the redeemed archdevil Zariel in her renewed crusade against the devils and demons engaged in the Blood War. After banding together throughout the previous milestones to restore power to the once Bleeding Citadel, it has finally been fully restored and its Forge rekindled, enabling Zariel’s allies to strengthen their armor and their resolve. This foothold in Avernus, the first layer of the Nine Hells, now serves as a beacon for Aasimar avengers everywhere.


Milestone IV includes a new character race: Aasimar, along with a new chamber that gives players the ability to craft and upgrade unique armor.
Below is the content included in the new milestone:
While slaying devils and demons throughout the campaign, players can earn the following new rewards:

Perfect World Entertainment Inc., a leading publisher of online games, and Cryptic Studios announced the first chapter of Neverwinter’s three-episode Sharandar module, Episode 1: The Iron Tooth, is now available on PC (Steam, Epic Games Store and Arc), and will launch on Xbox One and PlayStation®4 on March 16. The Iron Tooth marks the debut for the first phase of the revamped mystical land of Sharandar -- originally introduced in Neverwinter’s first ever module in 2013, Fury of the Feywild -- where adventurers will find the Ruins of Malabog adventure zone, New Sharandar social hub, Vault of Stars end-game dungeon, along with epic enemies and rewards. The next episode, Episode 2: The Soul Keeper, will launch on PC in April and on consoles in May.

“The Iron Tooth strikes a balance between new and old, as it not only preserves the spirit of Sharandar that Neverwinter fans have come to love, but also brings several new features that all adventurers will enjoy,” said Chris Whiteside, Neverwinter’s executive producer. “The Neverwinter community has asked for more evolving worlds to explore, so we’re very excited for adventurers to enter the mystical lands of the Fey once again like never before.”

Across three epic episodes, Neverwinter’s newest module has players return to Sharandar to end the unsettling darkness creeping across the Feywild and the area’s age-old elven stronghold. The Iron Tooth, introduces new and returning players to the Feywild lands of Sharandar, where they must head to the Ruins of Malabog to investigate the disappearance of an elven dignitary. With loutish creatures that will kill any foolish enough to enter the ruins, players will need to join forces to successfully be Protectors of the Feywild and rise against the darkness.
Players will also discover that deep in the forest, a coven of ancient hags have claimed the lands around Sharandar and gathered scattered bands of Malabog’s minions and other creatures long ignored by the Fey courts. In The Iron Tooth, players must band together to enter the lair of the foul Annis Hag, the first of Sharandar’s three menacing hags, in the Ruins of Malabog. To stand a chance against the hags in each episode of Sharandar, players need to enter the Vault of Stars to steal a fragment of the powerful Night Diamond from the Queen of Air and Darkness, an entity of great power.
Episode 1: The Iron Tooth introduces plenty of playable content and exciting updates for PC players to explore. A full list of game features released with today’s update includes:
While pushing back the darkness in the epic new Sharandar campaign in Episode 1: The Iron Tooth, players can also earn new rewards including the Forest Guardian’s armor set, the Sparkling Fey Emblem artifact and the Blink Dog companion.
The next two episodes, Episode 2: The Soul Keeper and Episode 3: The Odious Court will continue the story of Neverwinter: Sharandar. Players will have the chance to experience the transformation of Sharandar as they take on the sinister hags revealed in the first episode and push back the darkness. More details, including features, for these episodes will be revealed soon.

Perfect World Entertainment and Cryptic Studios are excited to announce that the first episode of Neverwinter’s three-episode Sharandar module, Episode 1: The Iron Tooth, is now available on Xbox One and PlayStation®4. Episode 2: The Soul Keeper, the next episode for the latest module, will launch on PC on April 13 and on consoles on May 13. The Soul Keeper introduces the second phase of the revamped mystical land of Sharandar -- originally introduced in Neverwinter’s first ever module, Fury of the Feywild, in 2013 -- and has adventurers travel to the Mended Grove and learn why the dead haunt the lands. The new episode will bring new features to Sharandar, including new heroic encounters, new areas to explore in a re-imagined adventure zone, a menacing new hag, new rewards and more!

The second episode of Neverwinter’s three-episode Sharandar module, Episode 2: The Soul Keeper is now available on PC (Steam, Epic Games Store and Arc), and will launch on Xbox One and PlayStation®4 May 13. Episode 2: The Soul Keeper introduces a new evolution of the revamped mystical land of Sharandar -- originally introduced in Neverwinter’s first ever module, Fury of the Feywild -- and has adventurers travel to the Mended Grove to learn why the dead haunt the lands. This new episode brings exciting new features to New Sharandar, including new areas to explore in a re-imagined adventure zone, a menacing new hag, new quests, new heroic encounters, new rewards and much more.

Across this new campaign, adventurers discover the Night Hag’s army haunts the Mended Grove. While exploring the vast grove, adventurers face some of the strongest of the Night Hag’s undead servants by taking on new bounties and challenging heroic encounters. The Waking Nightmares major heroic encounter tasks adventurers to strike down the powerful Keeper of Nightmares to free captured adventurers before they’re converted into undead. Adventurers strong enough to complete these deadly fights earn epic rewards from the Iliyanbruen elves of New Sharandar, including new companion gear and rings with new powers.