This picture was posted on Hot Toys FB page today.
Looks like a possible 2.0 of the long coverted AVP Elder @Uraki Thanks, yeah that weapon he's holding is the weapon from AVP that the Elder was holding at the end of the movie. Only thing is he doesn't have the blue dressings for his dreads like the 1.0 edition did.

Yeah, thats a good point. Didn't notice the colour difference in the dreads. My guess its just a rushed mock-up prototype for ACGHK using leftover parts from Celtic Predator

That Head is Huge!!!!! Hopefully they'll fix it before the final product is shown. I will definitely add him to my collection 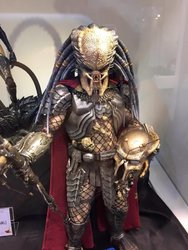 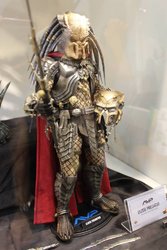 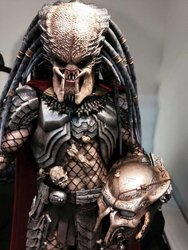 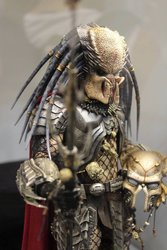 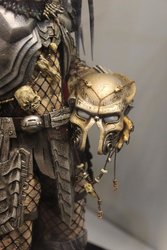 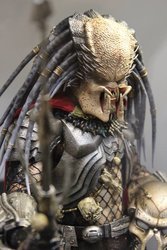 The photos don't necessarily show this 2.0 version as a big improvement over the original.
May just pick up some separate pieces on ebay to upgrade the one I have.... we'll see
Reactions: ocielz

He better not be ridiculously priced:/

ocielz said:
He better not be ridiculously priced:/
Click to expand...

Maybe less? I don't see him coming with Tons of Accessories besides the hands, Spear and Bio. $230 would be great just like P2 Elder 2.0

ocielz said:
Maybe less? I don't see him coming with Tons of Accessories besides the hands, Spear and Bio. $230 would be great just like P2 Elder 2.0

If he turns into an Exclusive for something than Yeah, it'll be expensive

@AcIDcOr3 you getting this Badass??

ocielz said:
If he turns into an Exclusive for something than Yeah, it'll be expensive

I don't know yet, I said I was out but it's a Predator so I'm really stoked and want him but I've also got a new car payment and I'm trying to save for Mondo-Con and other things at the moment so I'm not sure. I'll have to play around with the budget before I can honestly say for sure.
Reactions: ocielz

ocielz said:
Maybe less? I don't see him coming with Tons of Accessories besides the hands, Spear and Bio. $230 would be great just like P2 Elder 2.0

If Hot Toys don't overload with items like special diorama/stand or additional bio-masks, then I think we'll see it closer to price of the P2 Elder
Reactions: ocielz In Alien vs. Predator, the crossover movie between the dangerous aliens and predators, the human protagonist Alexa “Lex” Woods has impressed the predators when she managed to defeat an alien and assist in killing the Alien Queen with Scar. In the end, Elder Predator revealed his presence and presented Lex with a Combi-Stick as a sign of respect and recognition of her skills as a warrior!

Predator fans shouldn’t pass up on the opportunity to add this collectible figure to your collection.
Click to expand... 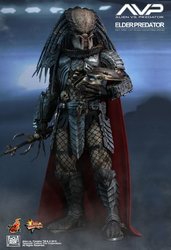 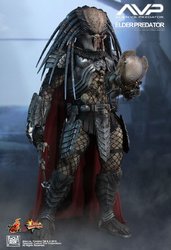 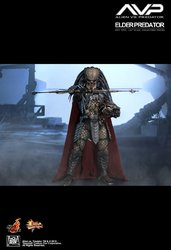 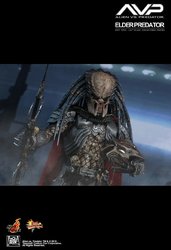 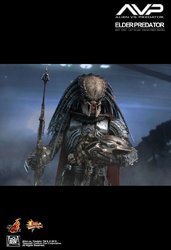 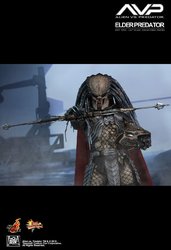 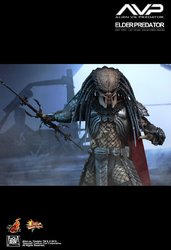 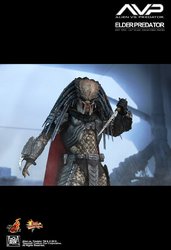 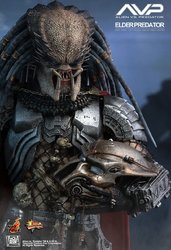 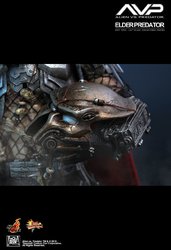 Definitely Getting this!!! I like it but the Forehead seems a bit Big@_@

Yeah, looks like they didn't resolve the big head from the prototype.
Can't see myself picking this one over my 1.0 version. Might buy a few spare bio-mask once this is out.
Reactions: ocielz
Show hidden low quality content