Living in the same universe as The Walking Dead, Fear the Walking Dead is a gritty drama that explores the onset of the undead apocalypse through the lens of a fractured family. Set in a city where people come to escape, shield secrets, and bury their pasts, a mysterious outbreak threatens to disrupt what little stability high school guidance counselor Madison Clark and English teacher Travis Manawa have managed to assemble. The everyday pressure of blending two families while dealing with resentful, escapist, and strung out children takes a back seat when society begins to break down. A forced evolution, a necessary survival of the fittest takes hold, and our dysfunctional family must either reinvent themselves or embrace their darker histories.

Morgan is gonna be in Fear the Walking Dead

Some preview images of the upcoming season 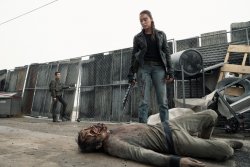 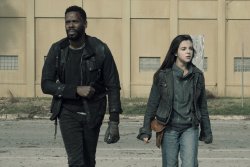 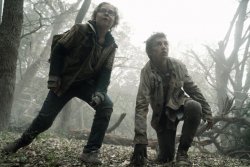 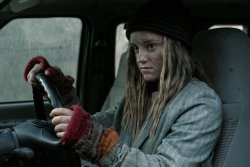 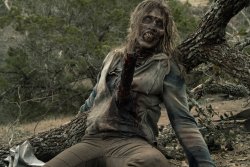 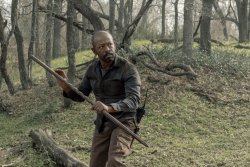 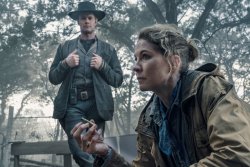 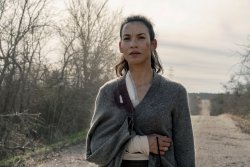 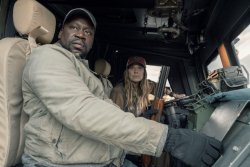 Season six of Fear the Walking Dead explores what has become of the unlikely family once united by a mission to help those in need. After being torn apart by Virginia (Colby Minifie) and her Pioneers, the group is now dispersed across her far-reaching settlements. Morgan’s (Lennie James) last message at the end of season five implored the group to “Just Live” and this season we’ll see what that means to each of them. Some will find the stability and opportunity within Virginia's communities to be intriguing, some will sink into darkness, while others will fight back against what has been forced upon them. Life behind Virginia's walls will test each and every one of them in different ways, forcing them to define who they are in this new world. 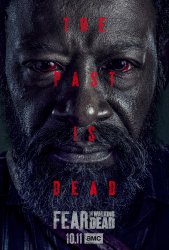 As Morgan’s (Lennie James) bid to free the remaining members of the group becomes bolder, Virginia (Colby Minifie) grows increasingly desperate to find her sister and protect the settlements from forces working inside and outside her walls. The second half of Season Six reveals the impact of what living under Virginia’s control has done to each person in this group, who once saw themselves as a family. New alliances will be formed, relationships will be destroyed, and loyalties forever changed. When everyone is forced to take sides, they discover the meaning of, “The End is the Beginning.”'


I'm a big Nick Stahl fan. By happenstance I am currently re-watching Carnivale

As Morgan’s (Lennie James) bid to free the remaining members of the group becomes bolder, Virginia (Colby Minifie) grows increasingly desperate to find her sister and protect the settlements from forces working inside and outside her walls. The second half of Season Six reveals the impact of what living under Virginia’s control has done to each person in this group, who once saw themselves as a family. New alliances will be formed, relationships will be destroyed, and loyalties forever changed. When everyone is forced to take sides, they discover the meaning of, “The End is the Beginning.” 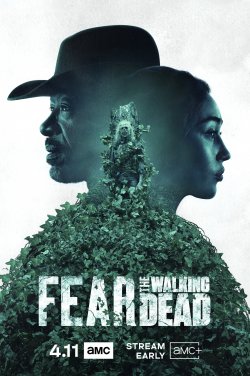 AMC released today the official key art and a new promo for the highly-anticipated return of Fear the Walking Dead with the second half of season six, featuring nine episodes, premiering Sunday, April 11 at 9:00 pm/8c.

In addition, AMC+ will debut the first episode on Sunday, April 4 – one week ahead of its linear premiere. All subsequent episodes will debut early on the premium streaming bundle, every Thursday prior to the episodes’ linear premiere on Sundays, beginning April 15.

some snippets from the [email protected] panel 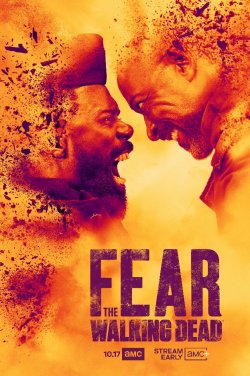 AMC released today the trailer and key art for Fear the Walking Dead Season 7, which returns Sunday, October 17 at 9:00 p.m. ET/8c on AMC with all episodes available one week early on AMC+, beginning October 10. AMC also announced that actress and director Aisha Tyler, who directed an episode of Fear the Walking Dead in Season 6, is set to appear in Season 7.

Teddy (John Glover) brought about his vision of "The End" when he detonated nuclear warheads across the Texas landscape, but it will be up to those who survived to decide what "The Beginning" will look like. And they'll have to do it in a world devoid of light and hope, where the outside air is just as deadly as the walkers they face. The survivors will find out who they really are and what they're really made of. Some will rise to the occasion, some will find new purpose, and some will redefine themselves -- even if it comes at a terrible cost to those they once considered family.

It finally happened! After the series was practically entirely turned to crap by the two idiot showrunners, all characters destroyed, and last remaining original one unseen for half a season (Alicia), we'll get our beloved Madison (Kim Dickens) back!

AMC announced on tonight’s Talking Dead the renewal of Fear the Walking Dead for an eighth season with Kim Dickens, who played fan-favorite character Madison Clark in Seasons 1 through 4, set to return to the series. Dickens will make her first appearance in the second half of Season 7, returning Sunday, April 17 on AMC, and continue as a series regular in Season 8. All episodes of Fear the Walking Dead continue to be available one week early on AMC+, beginning on April 10.

“If there were a Mt. Deadmore, Kim Dickens’ face would be on it. Madison Clark is a foundational character to TWDU — heroic, complex, an everyperson who becomes a warrior and then a force of benevolence,” said Scott M. Gimple, Chief Content Officer of The Walking Dead Universe. “Kim Dickens’ raw talent, strength, and brilliance will electrify TWDU once more and we couldn’t be luckier to have her back.”

In the second half of Season 7, months have passed after the nuclear blast and the only one thriving is Victor Strand (Colman Domingo). Having built a fiefdom, he callously selects who will have a chance at life. The other members of the group have suffered immensely, but out of that, has come a fierce determination to live, even if it means taking Strand’s Tower by force and continuing the search for Padre, a mythical place no one is sure really exists. Alicia (Alycia Debnam-Carey,) now the reluctant leader to Teddy’s former followers, is plagued by a mysterious illness and the repercussions of her past actions. Morgan (Lennie James,) trying to maintain hope that he will be reunited with his family, knows Alicia is key to their survival. With Alicia declaring war, Strand’s paranoia and personal vendettas grow, and with that, new threats emerge from all sides.

Wow great news this will spice up the story a bit boring season 7 so far.
Show hidden low quality content