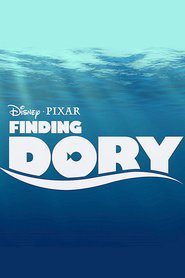 I am just hoping it's as good as the first one.

Yep your dead right the first one is a classic "mine mine mine mine"! The second one could be awesome, but is Nemo getting lost again, I hope they change the story up a bit, with some great new characters!
Last edited: Aug 22, 2012

I liked the first one but usually the second one is...eh' don't get me wrong it my be good i just cant imagine what the plot is going to be.

We can debate the necessity or quality of Pixar sequels until our swim bladders burst, but the fact remains that a follow-up to Finding Nemo is definitely on the way. More evidence for the sequel's existence comes via a Hollywood Reporter story about Ellen DeGeneres entering negotiations to reprise her voice role of forgetful fish Dory.

Though DeGeneres has apparently not yet locked in a deal, we’d imagine it wouldn’t be too tough to snag her back assuming she likes the script. She’s long been one of the more vocal proponents for a sequel to the 2003 film.

Victoria Strouse is on script duty, overseen of course by Nemo godfather and writer-director Andrew Stanton, who is also returning to at least supervise the new film. But since this is a Pixar movie, there is naturally no solid info as to the plot. Still, we’d expect to see Albert Brooks’ Marlin back for more. And, hopefully, the sharks and Geoffrey Rush’s Nigel. Oh, and Crush! Dude!

Ahem… The first film will be re-released in 3D next March here in the UK. The sequel is likely to hit sometime in 2016. Now stop tapping on the glass.
Click to expand...

And that was the strangest thing, I was thinking to myself most of today that there was no way they'd call it "Finding Nemo 2" and then I see this and wouldnt you know. XD

Well, fingers crossed for a matching steel in 2016. XD
Reactions: BluSteel2012 and Snollygoster

This news made my day - Finding Dory will be

Weeeeeee! Just a shame it's gonna take such a long time.
Reactions: gaeljet


Finding Dory is a sequel of Finding memo )
Last edited by a moderator: Jun 26, 2014
Reactions: Drum18 and BURRAGUM

Then i can die with a smile.

I had mixed feelings when I read the news the other day. So far the only sequels worth a damn from Disney are the Toy Stories. So here's to hoping.
Reactions: alvinhwang21

White Rat said:
I had mixed feelings when I read the news the other day. So far the only sequels worth a damn from Disney are the Toy Stories. So here's to hoping.
Click to expand...

You read my mind bro. Sequels are usually made to cash in on the success of the first film. A shame really.

Horhay said:
I am just hoping it's as good as the first one.
Click to expand...

I am so excited for this!! Finding nemo is one of my favorite movies of all time!

really cant wait for this one, i am a big finding nemo fan, and ellen was pushing for a sequel to be made for years, and finally there is going to be one

I didnt think it was bad as people made it out to be. Sure, its not the usual level of Pixar goodness and heart, but I've seen far worse movies in my time.

Just as long as Pixar don't get too obsessed with sequels, I'm sure the world can survive without a Cars 3. I wonder if they can resist the temptation to do a "Rata2ille"?