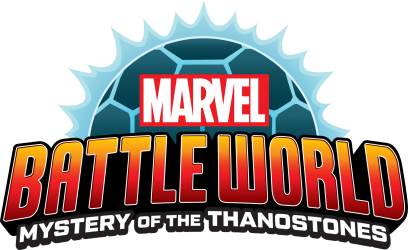 Pick your favorite Hero, rescue your friends, and win battles to defeat Thanos! Battleworld is a revolutionary cooperative, expandable, collectible adventure game featuring dozens of characters from all over the Marvel Universe! Players get to crack open the mysterious Thanostones during the course of play to reveal the mystery character inside for a constant sense of surprise and delight!

Unlock your favorite Hero, rescue your friends, and win battles to defeat Thanos, and you too will exclaim, “I still believe in heroes!” 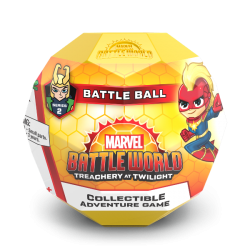 Marvel Battleworld: Treachery At Twilight -- Battle Ball
Crack open the Marvel Battleworld Battle Ball to reveal the mystery characters inside and unleash an epic tabletop game where the daring Heroes vie to save the universe from Thanos. This new series introduces players to brand new locations, battles, and game mechanics. (MSRP $8.99) 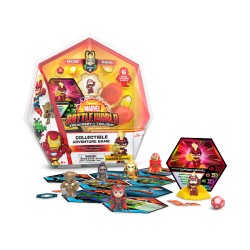 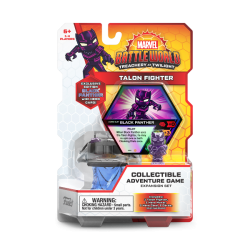 Marvel Battleworld: Treachery at Twilight -- Talon Fighter
The Talon Fighter is the first Battleworld ship that the Heroes can use in their fight against Thanos! Fly around and enhance attacks with Black Panther’s stealthy Talon Fighter! Includes an exclusive Black Panther 2099 Hero. Gain advantage and defeat the threats across Battleworld! (MSRP 14.99) 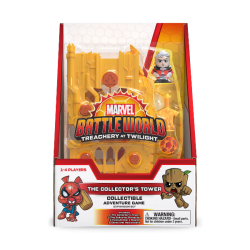 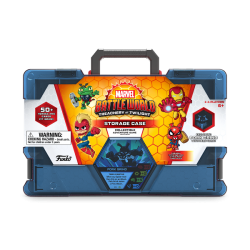 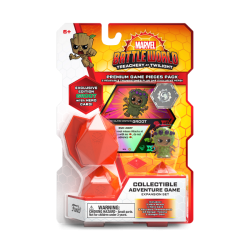 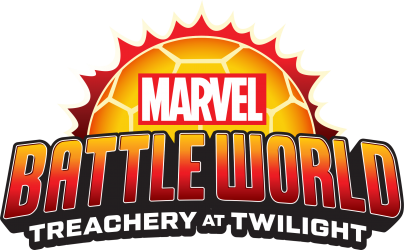 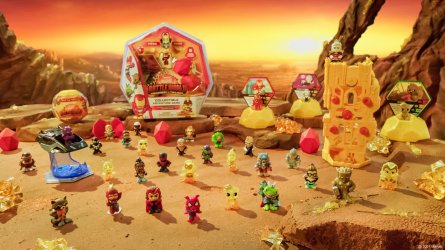 Loki may be wrapping up his current adventures on his hit show, but the God of Mischief isn’t done causing chaos just yet! Loki is taking on the heroes in the newest Marvel Battleworld series – Treachery at Twilight – a collectible, adventure game and new animated series.
Treachery at Twilight includes new devious Loki Trick Cards, as well as 30 new collectible characters, including Wanda Maximoff, Falcon and a 2099 version of Black Widow. The new Treachery at Twilight additions are compatible with the original collectible game introduced last year and now available at various retailers.
Play along while watching the entire animated series on Marvel HQ’s YouTube channel and see who can escape Battleworld first: you or your favorite Marvel heroes! 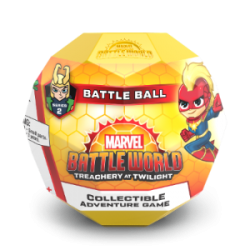 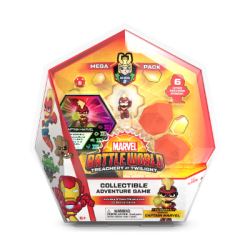 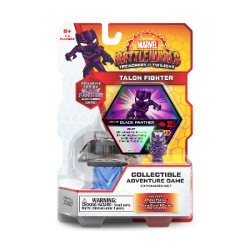 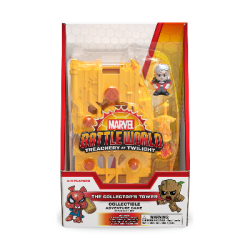 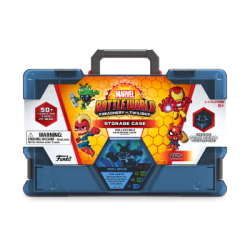 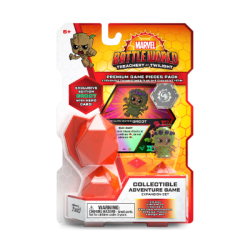