In the Funkoverse Strategy Game, you combine your favorite characters and go head-to-head in four exciting game scenarios. Use your characters’ unique abilities to gain points and achieve victory!

Each turn, you select one of your characters and perform two actions. Each character has access to basic actions like moving and challenges as well as several unique abilities that may be performed only by spending ability tokens. Funkoverse uses an innovative “cooldown” system — the more powerful the ability, the longer it will take for the ability token to become available again — so players have to spend their ability tokens wisely. Each character in Funkoverse is unique, so players are encouraged to try out different combinations of characters and items in order to discover their favorite synergies and powerful strategies for all four game scenarios.

What’s great about the Funkoverse game is that you can mix-and-match sets thereby having characters that would never meet battling against each other, such as Harry Potter versus the Golden Girls or Jaws versus Jurassic Park. At the Toy Fair last week Funko revealed a few new sets in the Funkoverse line including Jurassic Park, Jaws, Rick and Morty, and Back to the Future. Plays 2 players in about 30 minutes
Last edited: Oct 4, 2020 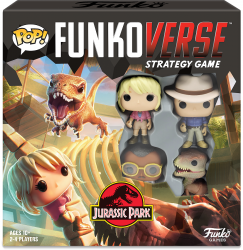 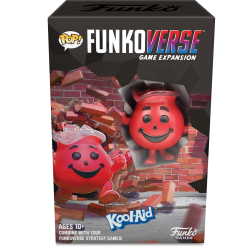 The set features four exclusive Funko Pop! figures found only in this game - Jack Skellington, Sally, Oogie Boogie, and Dr. Finkelstein. Other unique features include Zero Companion adds a unique way to customize your team; Oogie Boogie comes with custom dice to use for his character abilities. The game also includes two exciting, 4-player, free-for-all game modes, with each player controlling a unique and basic character 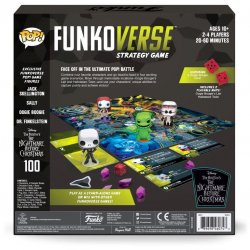 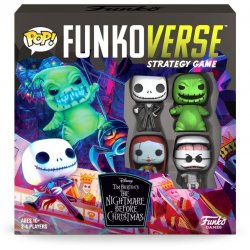 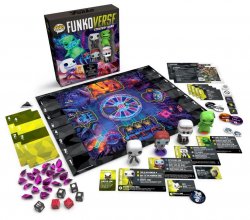 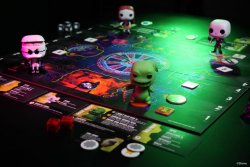 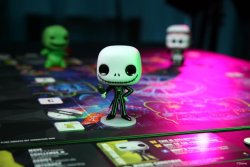 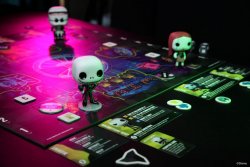 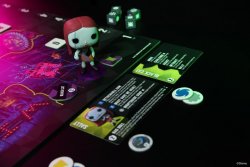 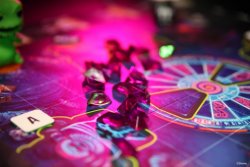 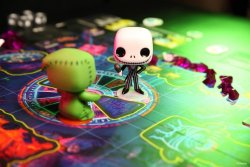 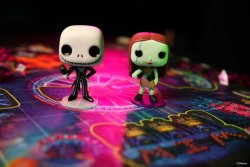 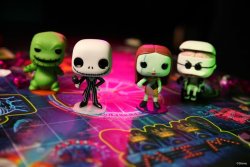 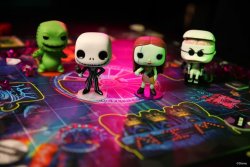 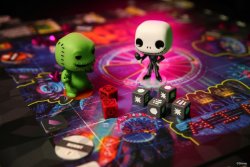 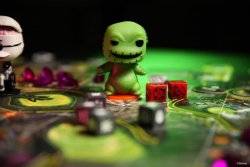 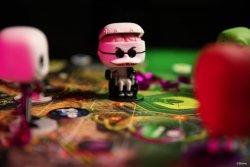 Marvel’s Infinity War explodes into the Funkoverse in an epic board game showdown between The Avengers and the full might of Thanos. Captain America, Iron Man, Black Panther and Black Widow face off against Thanos himself.

Fans have been asking and it’s finally here. Funkoverse players have eagerly waited for Marvel to join the Funkoverse and their anticipation has paid off. 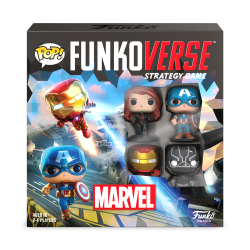 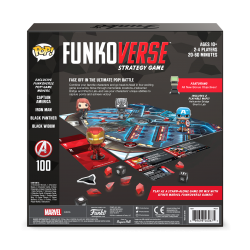 Funkoverse: Marvel 101 (Expansion)
Play with Thanos – one of the most powerful beings in the Marvel Universe in this new expansion. Featuring the new Infinity War scenario, players race to gather all six Infinity Stones. Thanos is designed to be combined with your existing Funkoverse Strategy Games and can be played with any other 4-pack or 2-pack.
(Preorder now, on sale June 2021, $14.99 MSRP)
Expand your existing Funkoverse game sets with a brand new character and a game mode that can be used on any existing Funkoverse map! Play with Thanos alongside other Funkoverse characters, or power him up in Ultimate Mode for the ultimate Funkoverse experience.
Comes with an exclusive Thanos Funko Pop! game mover found only in this game. It does require any Funkoverse 4-pack or 2-pack to play which allows you to play the new Infinity War scenario and race to gather all six Infinity Stones before your rival and the new Ultimate Mode lets you play Thanos against three other characters! 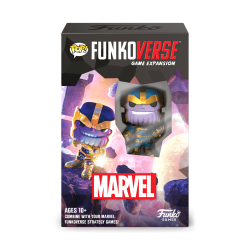 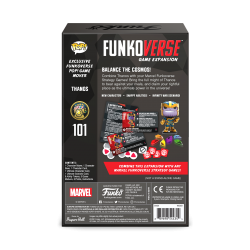 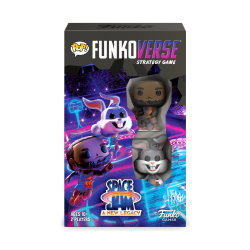 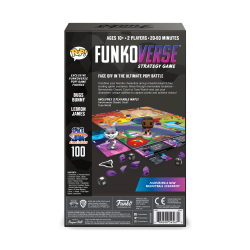 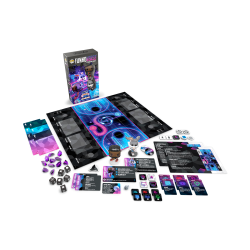 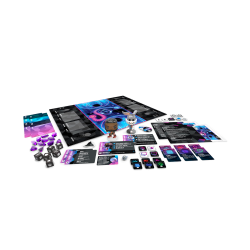 Funkoverse: Squid Game 100 (4-Pack)
Face off in the ultimate Pop! battle! Combine your favorite characters and go head-to-head in four exciting game scenarios. Two of the scenarios are unique to this game: Race to the finish line in Red Light, Green Light, or try to burst past your rivals’ defenses in The Squid Game! Move through memorable locations–the Barracks or the Courtyard–and use your characters’ unique abilities to capture points and achieve victory!
Ages 17+, $39.99 MSRP, 2-4 players, Available Fall 2022 Funkoverse: Squid Game 101 (1-Pack Expansion)
Lord your power over the other Squid Game players as the Masked Manager, and investigate the games themselves as the undercover detective Jun-ho. Two characters in one! Includes two character cards with unique abilities so you can play as the faceless Masked Manager, or remove the mask and play as the undercover detective Jun-ho! Combine this game with any other Funkoverse Strategy Games to maximize your fun!