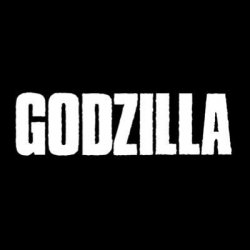 Leading up to the iconic kaiju’s 66th birthday on November 3, Toho International, Inc. reveals a slew of Godzilla brand and licensing announcements to help fans celebrate Godzilla Day in ways like never before. The company announces a batch of all-new episodes to drop weekly for its popular “Godzilla Tales” series, which has garnered more than 325K views to-date. Toho also unveils new Godzilla-themed licensing collaborations in gaming, apparel, collectibles and more categories.

“Fans of Godzilla roar louder than any community I know, and we still want to make sure they are able to commemorate their favorite character in exciting new ways,” said Lora Cohn, Managing Director, Toho International, Inc. “With more people online than ever, now is the perfect opportunity to treat fans to the hilarious ‘Godzilla Tales’ series, while also filling the gap between our major theatrical release next year with ‘Godzilla vs. Kong.’ We are thrilled with the seamless collaboration of our licensees to deliver even more meaningful experiences and products to fans.”

“Godzilla Tales” recently dropped as a surprise and delight for fans, bringing Godzilla classic monsters to screens everywhere in bite-sized formats. The series uses iconic footage from dozens of Godzilla films, reformatted into a series of episodes that capture the fun and adventure Godzilla is known for. With nearly 20 episodes ranging from spoofs to original themes, these lighthearted shorts are for fans from all walks of life.